The AMD Radeon R9 Fury was launched a few days back and we have been receiving reports from multiple users about issues they were facing with coil whine and pump noise in their respective cards, even under idle load. Recently, a reader was kind enough to email us videos demonstrating the noise issues present in the graphic cards - which you can find embedded below. Coil whine (aka buzzing) is an age old problem in computer electronic and is usually harmless in nature - however, rather annoying. 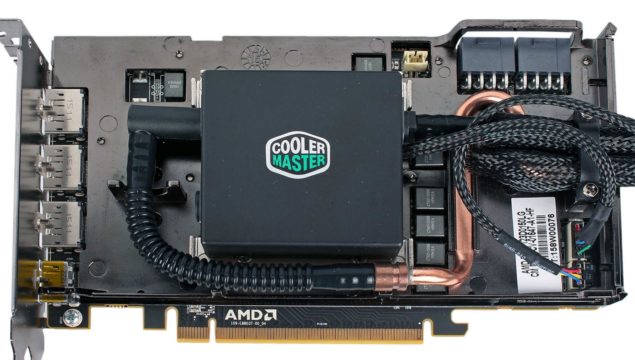 By strict definition coil whine usually originates from a non-moving part that begins to vibrate under load, usually the coils inside the choke. Unfortunately, we don't have an R9 Fury X that we can test ourselves but in this case, it appears that the AIO pump bundled with the card is also guilty for making alot of the noise. The distinct choke whine can be heard in the videos embedded below. Usually, whenever a GPU (with low quality chokes) is placed under very  heavy load, especially in cases where high frames are being outputted, the coils inside the choke will begin to vibrate, making this noise. 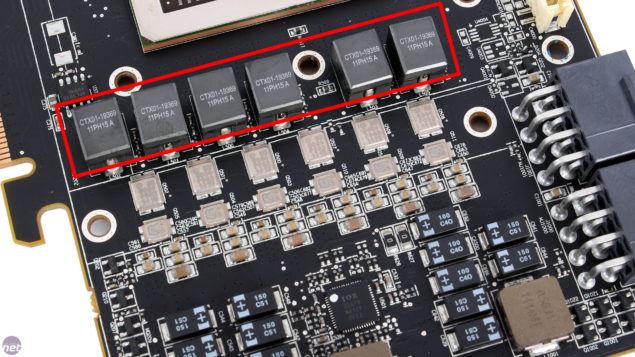 The chokes present on the R9 Fury X PCB that are the culprit behind the coil whine. Image Credit: Bit-Tech.net

The AIO pump bundled with the GPU, which is of Cooler Master design with a Nidec fan, starts to get really noisy as well, when combined with the buzzing noise already present. Here is the interesting thing however, the GPU Tachometer present on the side of the Fury X indicates that the GPU is not being pushed anywhere near the limit. Infact, there is only one red LED active, which indicates very very light load, and it's still making alot of noise. This indicates cheap build quality of the chokes that have been used in the card. I can only imagine how the problem might escalate under heavy gaming use and there isn't really anything the user can do about it.

The first thing I did when I heard of the issue was send AMD an email asking for their official response - . It goes without saying that noise such as this is usually harmless, and doesn't really affect the GPU performance in any way. This is usually a pretty common sight in reference cards and while not every reference card will have this problem, the only way to guarantee not-having this problem is with higher quality chokes, in other words: non-reference design;  which might be a problem here.  Given below are some of the video demonstrations emailed to me by users.