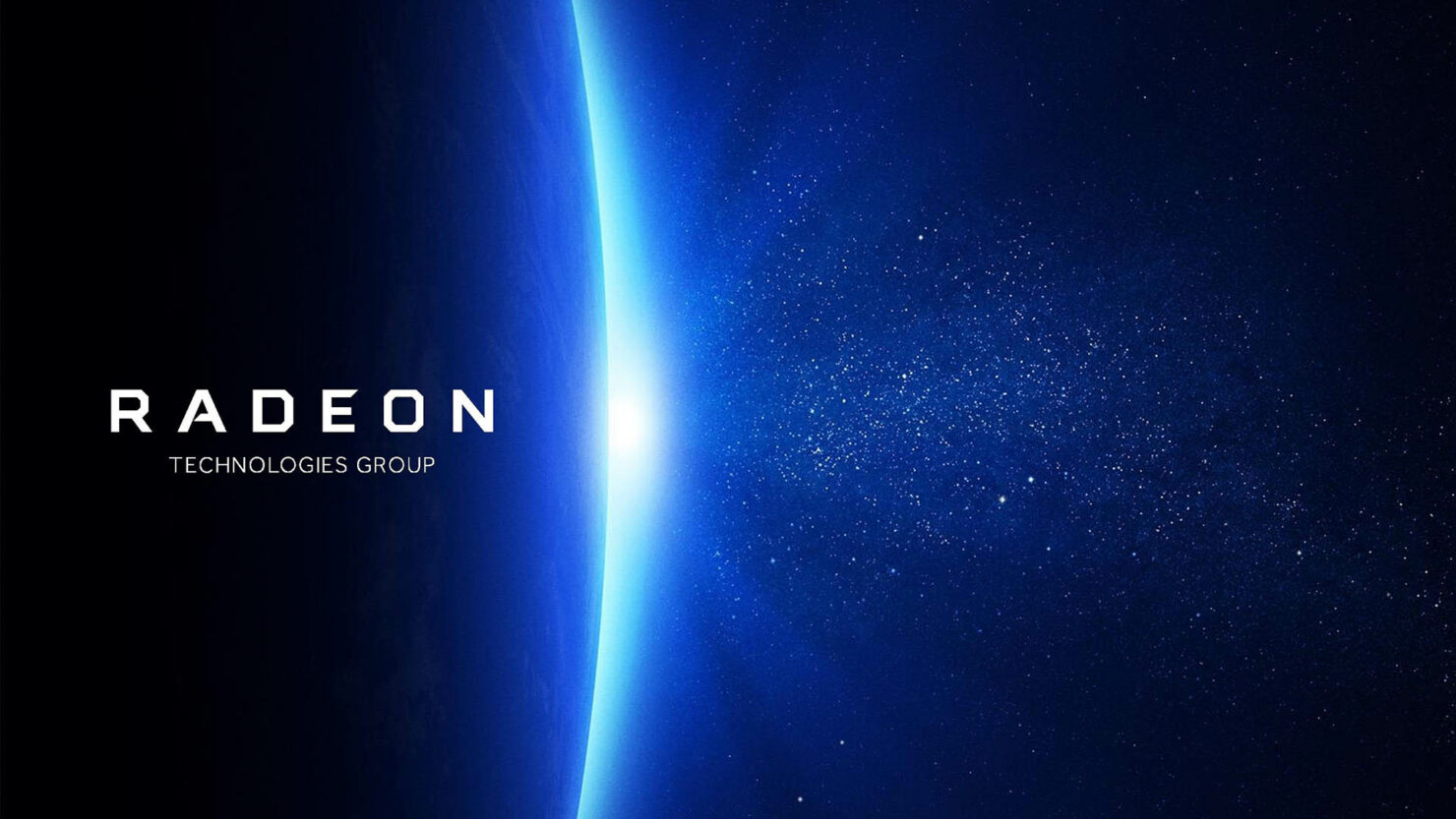 Today AMD is launching its most power efficient workstation graphics cards to date featuring the company's latest Polaris architecture. They are the the Radeon Pro WX 7100, WX 5100 and WX 4100 graphics cards.
These three new boards represent the company's first ever full range of products to bear the new Radeon Pro brand name. As well as the brand's new color based on the YIn Mn blue pigment, chosen for its unique visual and power efficiency properties. The pigment was discovered on accident by Professor Mas Subramanian and hist team at Oregon State University.

The Radeon Pro WX 7100, WX 5100 and WX 4100 bring a new architecture, a new brand and a new brand image to market with a lens-like focus on energy efficiency. Which has been a center of AMD's entire come-back theme with Zen and Polaris.

The company announced that the three new graphics cards have started shipping today and has shared the specifications of each of the three new boards which are actually quite impressive. All three cards feature a single-slot form-factor, four DisplayPort outputs and impressive power efficiency. 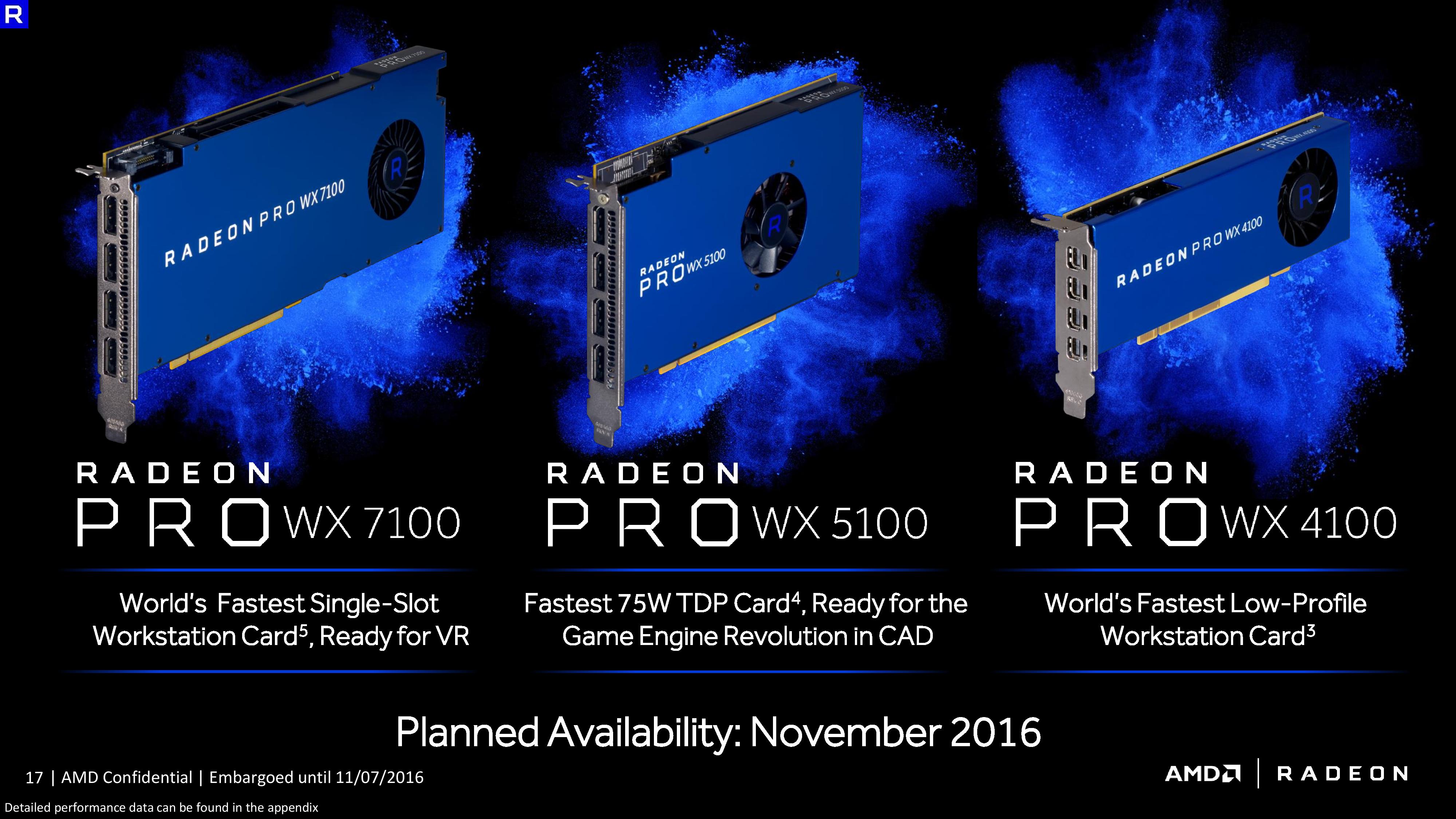 The Radeon Pro WX 7100 is the most powerful of the three with an impressive peak throughput of 5.7 TFLOPS, trillion floating point operations per second. It feature a Polaris 10 XT GPU with 2304 GCN stream processors with a boost clock speed of 1.24Ghz. Paired with a 256-bit memory interface and 8GB of GDDR5 memory. The card is only 0.2 TFLOPS short of its Radeon RX 480 sibling, however it achieves this figure at a more impressive 130 watt typical board power rating. Compared to the 150W TBP of the RX 480.

Moving down to the WX 5100 is where things get really interesting. This card is also based on Polaris 10, however this time it's a slightly cut back version of the chip. Featuring 1792 GCN stream processors and a 1.09Ghz boost clock speed, the card achieves a 3.9 TFLOPS of peak throughput.
However, it's rated at a much more frugal 75W TBP. Making it measurably more power efficient than its bigger brother. The card is so frugal in fact that it gets all of its power from the PCIe slot and does not have any external power connectors. The WX 5100 is paired to the same 256-bit memory interface and 8GB GDDR5 memory.  Which means there's plenty of bandwidth to go around.

Finally, we have the WX 4100. This card is powered by a Polaris 11 XT GPU. Featuring 1024 GCN stream processors and a 1.17Ghz boost clock for a peak throughput of 2.4 TFLOPS. The card features 4GB of GDDR5 memory, a 128-bit memory interface and a 50W TBP. Which means it also doesn't come with any power connectors and relies entirely on the PCIe slot for all of its energy needs.


AMD has announced that starting this quarter the company will be implementing a new driver release scheduled for all of its workstation products, new and old. The company will start releasing drivers on the fourth Thursday of each quarter.

The intention behind shifting to a fixed release schedule is to ensure the flow of regular updates for users whilst maintaining the highest possible level of reliability and stability. All drivers will go through the usual certification processes set by industry players like Autodesk, Adobe, Dassault Systemes and others. In addition, AMD will also be intensifying its own internal testing efforts to exceed what the industry players are already doing.