This leak comes via a beyond3d.com forum post which Eurogamer.net picked up. And it includes several interesting points that AMD's Senior SOC Physical Design Manager lists in his LinkedIn profile. Unfortunately the LinkedIn profile has since been deleted. But a copy of the relevant information is still available in the beyond3D.com forum post.

AMD's CEO Lisa Sue has also confirmed that the company is working on two die shrinks for each of Sony and Microsoft during the last quarterly conference call. A specific lithography hadn't been confirmed at the time. However Lisa Sue stated that the company will be talking more about this dieshrink in 2015 which suggested a 20nm shrink. Something that this leak confirms.

A transition to a smaller manufacturing process leads to many benefits. The most important of which is the reduction in chip size consequently leading to power and manufacturing cost reductions. There also tends to be a performance benefit with each process node transition. It's unlikely that we'd see that with the consoles for the sole reason of maintaining consistent performance.

However both Sony and Microsoft can leverage the other benefits. Lower power also means less heat. Which means both Microsoft and Sony can work towards building smaller, sleeker versions of their consoles. It also means that they can apply simpler cooling, less complicated power circuitry and a more affordable power supply unit. All leading to a more attractive device with a more affordable price tag. 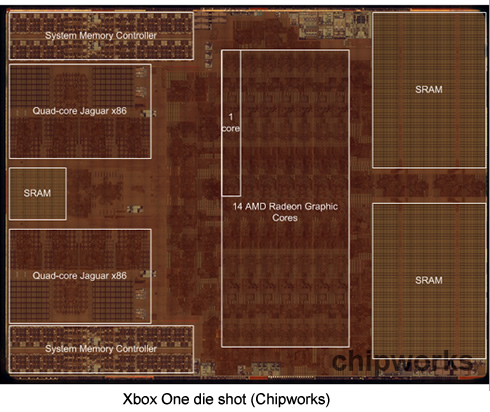 Late 2015 seems like the most plausible time-frame to see this development materialize in a new product. While 20nm is available right now. Yields aren't very good and cost is still very high. So it would make no sense for any of the parties involved to begin 20nm mass production right now.

We know AMD has contracted both TSMC and Globalfoundries for production of the console APUs. Initially AMD used TSMC but added Globalfoundries later on as their 28nm process matured and became more cost efficient. We'll likely see a similar pattern with the new APU as well.

As things stand right now, it seems both Sony and Microsoft fans will have something to look forward to in holiday season of 2015.

Sony Announces State of Play for Tomorrow, Will Showcase 10 Games from Japanese Studios