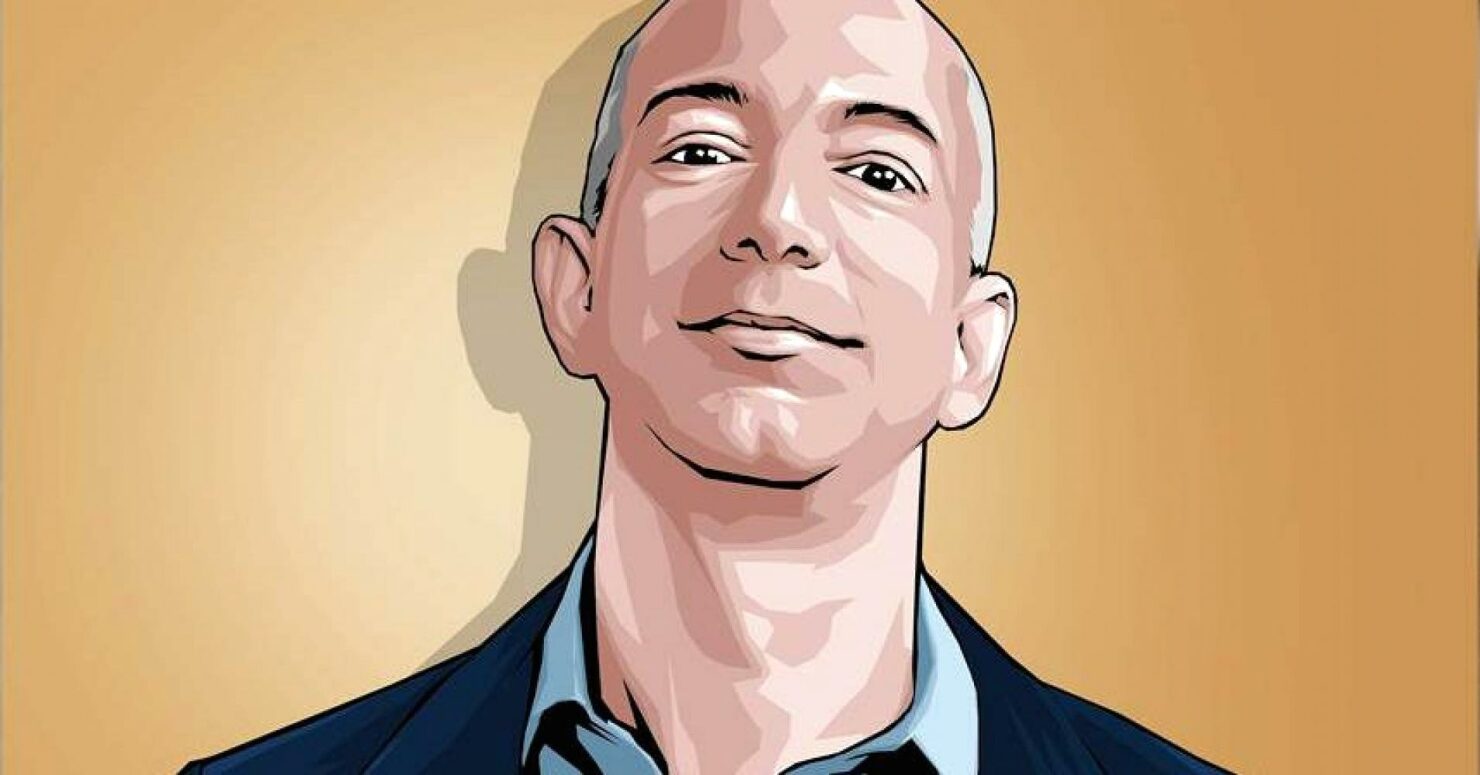 Digital retailer and server resources provided Amazon.com, Inc. (NASDAQ:AMZN) reported strong earnings yesterday, beating analyst expectations. Since trading commenced today, Amazon's stock is up by 8.64% over yesterday's closing and is trading at a price of $2,032.28/share. The company beat analyst revenue estimates by $1.92 billion, and it demonstrated year-over-year growth in five out of six of its operating segments.

A 21% revenue growth for a company that's Amazon's size in a macroeconomic environment that is slowing is sufficient to pump the stock with investor optimism. In fact, Wall Street's so happy with Amazon that the folks over at RBC Capital have set a new price target for the company showing just how seriously undervalued they believe Amazon to be.

As noted by Barclays' Ross Sandler, Amazon's growth in Amazon Web Services added more dollars year-over-year than Google's Cloud and Microsoft's Azure combined. And when we take a detailed look at the company's financial results for its fourth fiscal quarter of 2019, it becomes clear why this growth is important.

Data released by the United States' Bureau of Economic Statistics yesterday show that spending on services in the December quarter of 2019 picked up relatively sharply as opposed to physical goods. Prices for durable goods increased slightly year-over-year in the December quarter, while those for services fell, indicating that some of the pending increase on physical goods was necessitated through a price increase as opposed to increased demand. 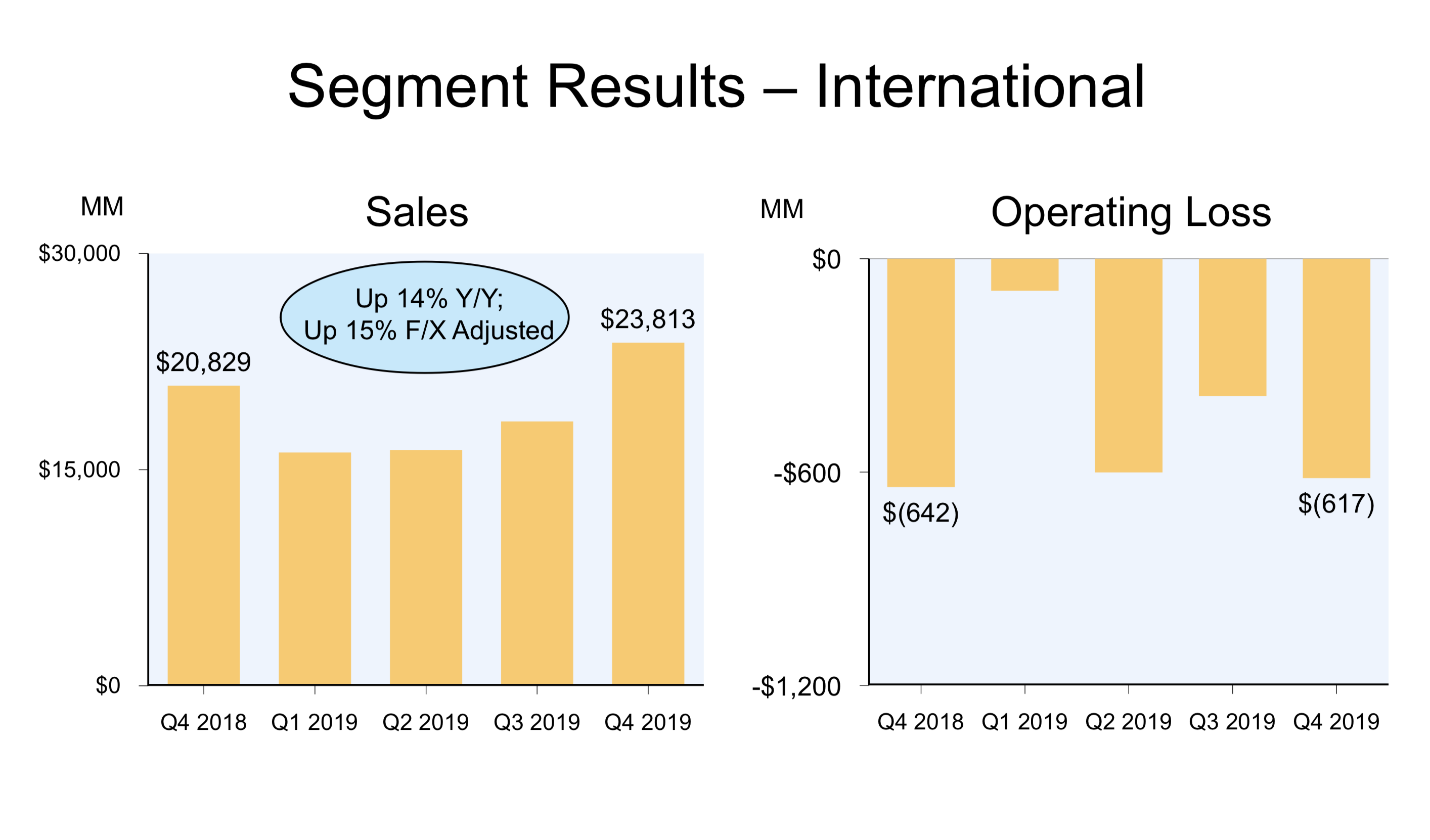 While Amazon earned a record revenue from the holiday season last quarter, it continues to report an operational loss internationally; Company investor presentation

Marking a decrease in costs that analysts were unable to predict, Amazon's overall operating income fell in at $3.88 billion, as opposed to the $2.7 billion expected in consensus estimates. Optimistic on the company's strong performance, analyst Mark Mahaney of RBC Capital has raised the firm's Amazon price target to $2,700 from $2,500. Mahaney further goes on to state that he believes that Amazon's stock has the full potential to make a bullish run to $3,200.

In addition to RBC Capital, analysts from Morgan Stanley, Bernstein and UBS lifted their price targets for the company. Respectively, the firms' new targets sit at $2,400, $2,150 and $2,440. But while this optimism is undoubtedly good news for the company, its employees and investors, Amazon also had some stark guidance for its first quarter of the fiscal year 2020.

Amazon believes that its operating income for the current quarter will sit in between $3 billion to $4.2 billion, marking for a 32% - 5% drop over the year. The company provides no reason for the drop, but it states that due to an extension in the estimated useful life of its AWS server, it expects to incur an $800 million drop in depreciation expenses. The company's market value has increased by $86 billion since trading commenced today, exhibiting its strong performance in the server segment.

The global web hosting services market is expected to grow at a compound annual growth rate of 13.25% to $216.59 billion by the end of 2025 suggests data by Adroit Market research. Intel Corporation (NASDAQ:INTC) and Advanced Micro Devices (NASDAQ:AMD) are busy churning out processors for this market, with Intel having successfully exhibited growth consecutively in the segment in its latest fiscal year.