Looks Like The Galaxy S9 Will Feature A New Position For Its Fingerprint Sensor; Health App Screenshot Leaks Showing Details 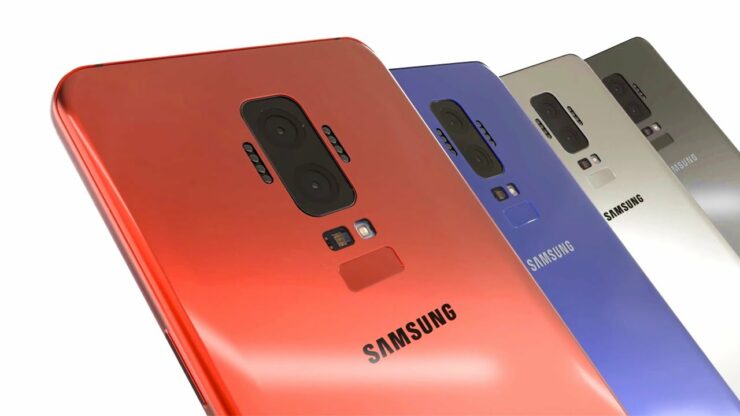 We've barely entered the second week of December and the Galaxy S9 just can't stop surfacing on the rumor mill. Even though the smartphone will upgrade incrementally over its predecessor, the rumor mill wants to unveil as many of these details as it can. We already covered one leak for the smartphone today. Sources believe that Samsung will use the same display panels on the S9 lineup as it did on its predecessors. However, the Korean tech giant will shave off bezels to increase screen estate. Now, some alleged information for the lineup's fingerprint sensor comes to light. Take a look below to find out more.

Virtual fingerprint recognition is a feature that no smartphone manufacturer is able to master. It started to surface in the rumor mill at 2016's end, when the first rumors for the Galaxy S8 lineup started to surface. It was widely believed that Samsung's devices would support it. And Samsung itself also believed this fact. But, when the S8 and S8+ were launched, all we got was a button free front and an awkwardly placed rear fingerprint sensor.

The latter is the sole blot on an otherwise perfect smartphone. Its placement doesn't make for easy using, particularly in the first couple of weeks. Samsung's decision to place the sensor in this position looks rush, as a lot of folks have commented. Now, it looks like the Korean tech giant has learned from previous folly. Today we've got an alleged health app leak for the Galaxy S9 which shows the new position for its fingerprint sensor. 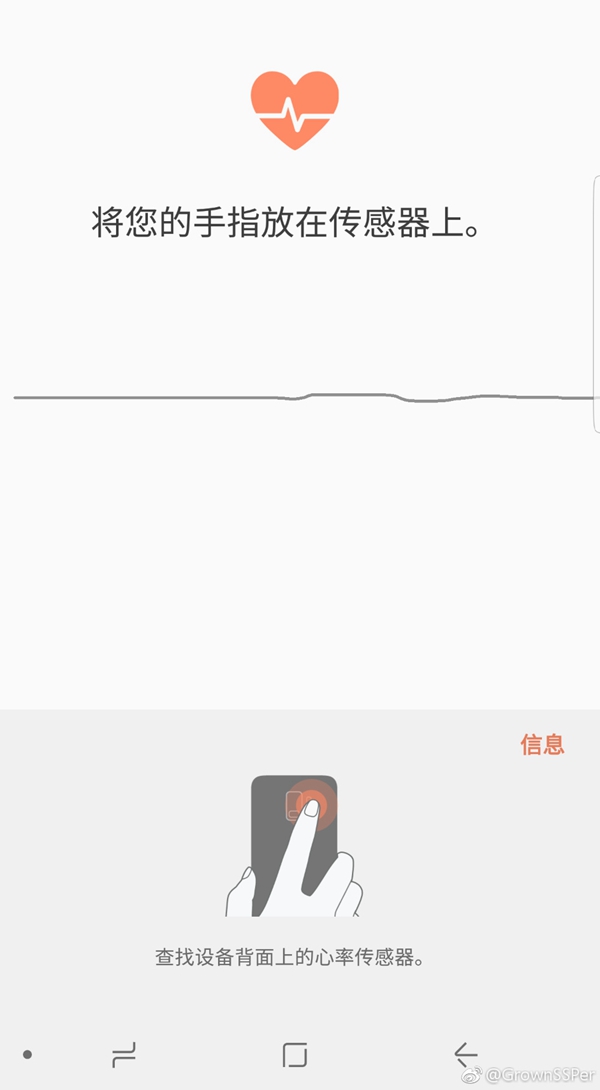 Courtesy of a Chinese source, it displays directions on how to use the health app. Samsung's application allows users to monitor their heart rates using a built in sensor. If you look closely at the image above you'll see that we've got a vertical camera arrangement and the fingerprint sensor is placed right at the bottom of the rear camera. However, we're not sure how this placement is able to solve the problem of unwary users smudging the smartphone's rear camera sensor.

Given that the sensor's not shaped to capture the full area of the finger, it's likely that it will work using just the top part of the user's finger. If this is true, then usage will become quite feasible. Other features for the S9 and S9+ include 4GB RAM for the former and 6GB RAM for the latter. The S9+ is also rumored to feature a dual camera setup -  a first for a Galaxy S device. Thoughts? Let us know what you think in the comments section below and stay tuned. We'll keep you updated on the latest.