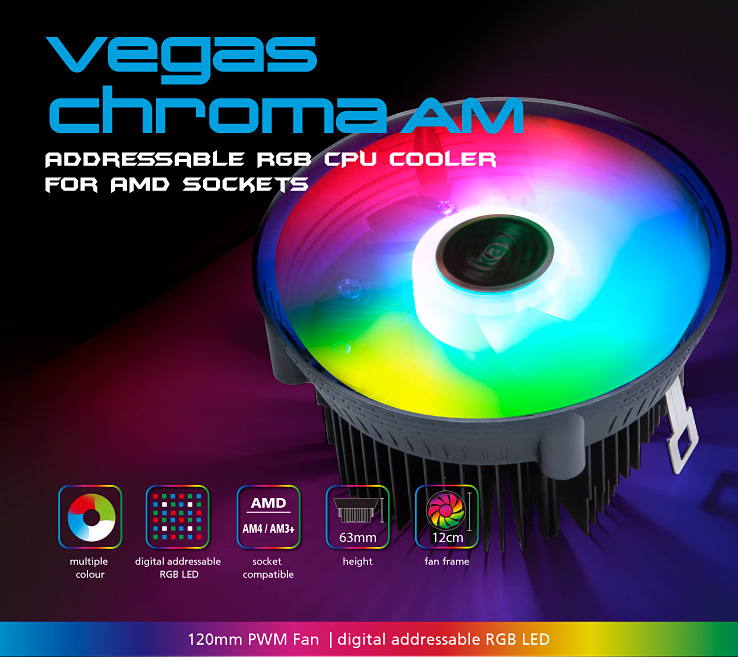 Akasa has rolled out the Vegas Chroma line of top-flow CPU coolers which come in two variants based on the two most popular CPU sockets supports. The Vegas Chroma LG supports Intel LGA115x sockets, and the Vegas Chroma AM offers support for AMD's AM4 and AM3+ sockets.

The design of this cooler is very similar to Intel's stock HSF for desktop processors, and this CPU cooler utilizes an anodized aluminum heatsink with spirally-projecting fins, which are cooled by a 120 mm fan. This design helps the airflow from the heatsink ends up ventilating other components around the CPU socket, such as VRM heatsink, M.2 heatsink, and possibly even memory. 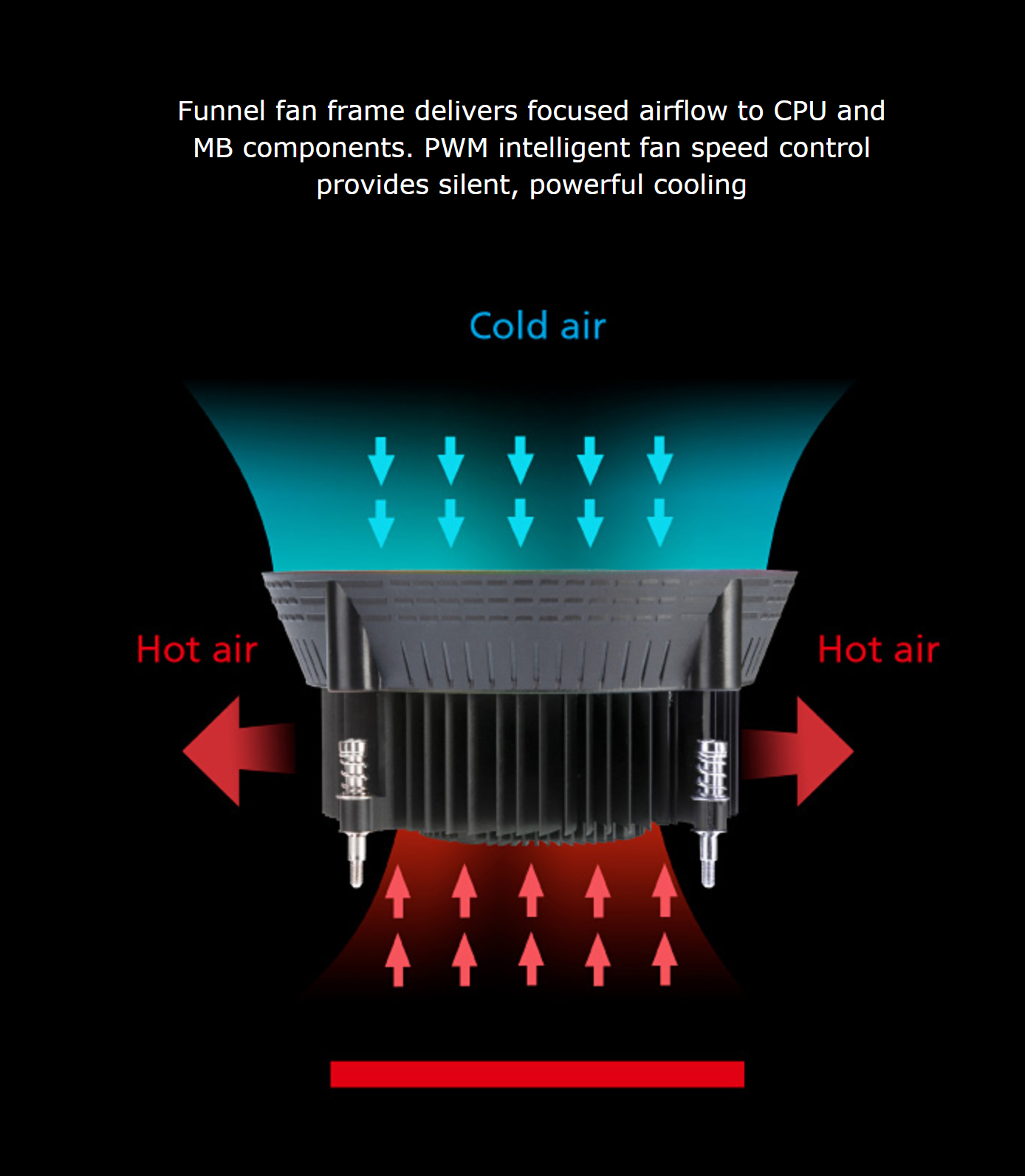 The lighting on this fan is compatible with all major motherboards RGB software, like ASUS Aura Sync, and Razer Chroma RGB, ASRock Polychrome Sync, and MSI Mystic Light Sync. The RGB fan blades illuminate your PC with upwards of 16.8 million color options.

This heatsink utilizes a hydraulic bearing fan; this fan uses a 4-pin PWM for its primary function and a 3-pin ARGB for the lighting effects. The LEDs are embedded in the hub of the translucent white fan blades; in both variants, the fan has a speed range between 500 RPM to 1,800 RPM. This fan can push up to 51.3 CFM of air with a noise level of 32.5 dBA.