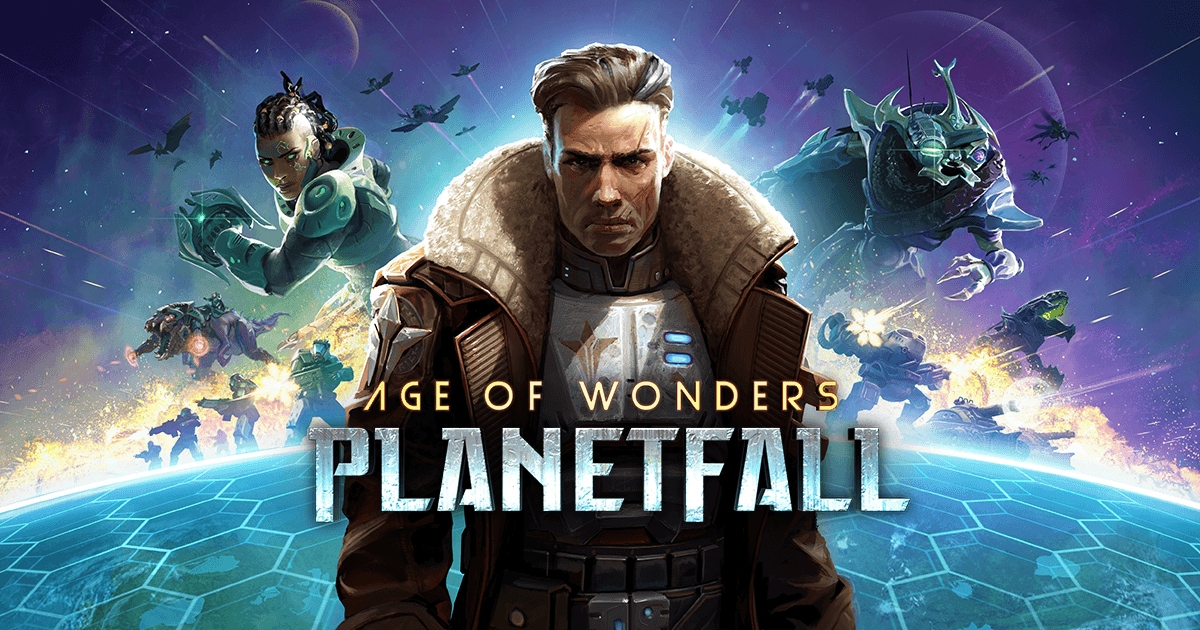 While it certainly has its fans, the Age of Wonders series has never quite attained the popularity or recognition of turn-based strategy staples like Civilization or Alpha Centauri, or even relative newcomers like Stellaris. It isn’t an issue of quality, as the Age of Wonders games nail the basics, and exceed most 4X competitors when it comes to combat depth. In my opinion, the issue with the franchise has always been its stock fantasy setting. People only have so much space in their lives for strategy games about fighting orcs.

Well, this year’s Age of Wonders: Planetfall marks a bold departure for the series, replacing Tolkien tropes with a wholly-original sci-fi universe. Say goodbye to Elves, say hello to the Amazons, an all-female race of warriors who ride genetically engineered dinosaurs. Forget Goblins, play as the Kir’ko, psionic bug aliens who were once enslaved by humans (shame on us). It’s clear the jump to sci-fi has got the creative juices flowing over at Age of Wonders developer Triumph Studios, but has their ambition paid off? Or is Planetfall lost in space? 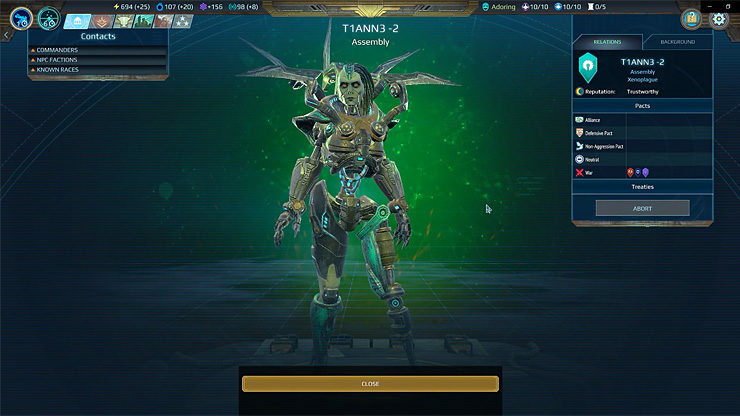 For my E3 2019 demo, I played as The Assembly, a civilization of ghoulish immortal cyborgs that use technology and alien body parts salvaged from the battlefield to keep themselves alive. As you would expect given that description, the Assembly look to be a versatile, heavily research-focused faction. My adversaries during the demo were the Vanguard, the game’s standard human faction, led by the sleazy porn-stached Michael Valentine. As in past Age of Wonders games, you’ll be able to fully customize your leader, although I didn’t get an opportunity to do any tinkering during my time with the game.

Of course, Age of Wonders: Planetfall features the traditional 4X gameplay you’d expect, with players founding colonies, managing citizens and resources, and investing in research. This time around each faction will have separate Military and Society research trees, allowing you to develop stuff that goes boom and more peaceful tech simultaneously. 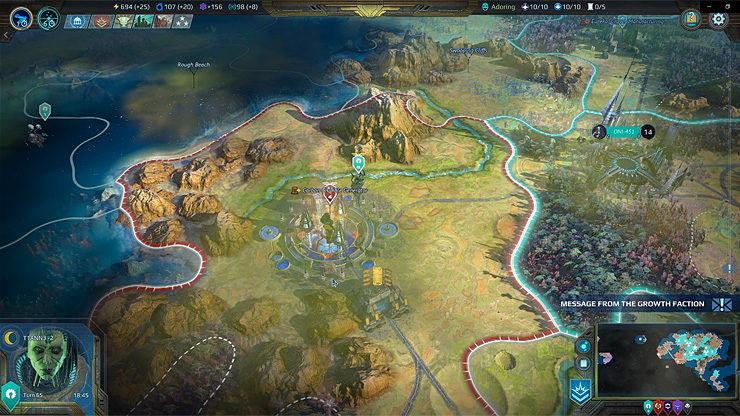 The biggest change to traditional Age of Wonders gameplay is that the map is now divided into pre-defined sectors. Each colony can claim several surrounding sectors as provinces, with players assigning each a specific focus. A sector may be assigned to resource or food production, or be dedicated to certain important structures or landmarks. It feels like sectors may make colony management a bit more straightforward, but, at the same time, they should provide for more strategic wars, as players can vie for individual sectors rather than just cities. I only got a brief peek at the sector system, but I’m interested in seeing how well it works during a full game.

My E3 demo mainly focused on Planetfall’s endgame and combat, as I was given the opportunity to unleash a powerful game-ending Doomsday Weapon on my opponents. At the beginning of a new Planetfall game, players choose both a faction and a Secret Technology, a special project that will culminate in a weapon of terrifying power. I got to launch the Omega Awakening, a rain of infectious spores that saps the life from the enemy. Once your Doomsday Weapon is deployed, you simply have to survive for 10 turns, while defending key “Doomsday Towers” to win a tech victory. Yes, Planetfall is the kind of upbeat game where a tech victory means wiping out all other life on the planet. 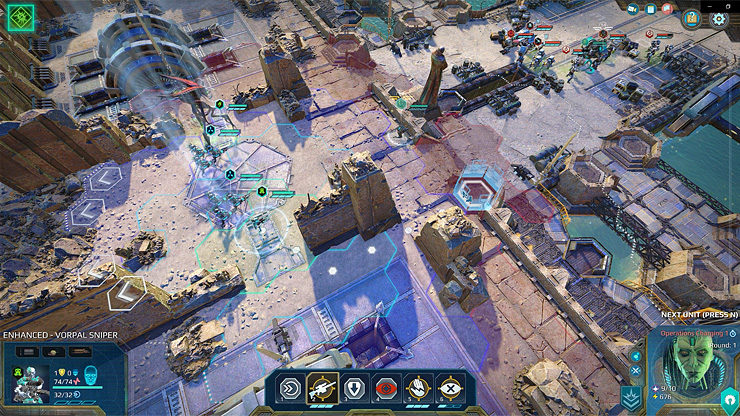 My enemies were, unsurprisingly, a touch irritated at me for initiating the apocalypse, and so I soon found myself in a fight against the Vanguard. Combat seems like it will be tighter and more strategic than before, with the battle I engaged in taking place on an XCOM-like map, rather than the more open battlefields of past Age of Wonders titles. I had access to various standard-issue units – some infantry grunts, a sniper, etc – I also had some more unique Assembly units on my side. These included the Wrecker, a hulking tank that can revive itself once killed, and the Plague Lord, a Lovecraftian beast of a unit that can heal allies and destroy foes from afar. Each unit can be further customized with various perks and upgrades – for instance, my Wrecker had a disgusting parasite attached to his back that made him immune to status effects and mind control. Seems like you’ll have to opportunity to really get attached to individual units, but beware, as in most 4X games, once a unit is lost, it’s gone for good.

I won my fight against the Vanguard relatively easily (that’s not really a brag, as I had one of the game’s developers beside me providing tips throughout) but it was a satisfying battle, nonetheless. It seems like Planetfall will be even more combat-focused than past Age of Wonders games, and based on my time with the game, that isn’t a bad thing.

Age of Wonders: Planetfall isn’t going to turn the turn-based strategy genre on its head, but it looks to be this franchise’s deepest, most challenging entry to date. Add a creative new sci-fi universe to the mix, and you have a game that just might elevate Age of Wonders beyond its previous limits and into the rarified air occupied by competitors like Civilization. Even if Planetfall doesn’t achieve that lofty goal, it’s a game 4X fans should be revving their rocket boosters for.

The game is out on August 6th for PC, PlayStation 4 and Xbox One.