Cars are not an easy task that can be done in hours or days without any hard work being done. It takes a long time to design and finalize a product especially when it’s a car. And also, when it’s your first time in this category of products. Dan Akerson who led the company for almost around three and a half years or so warned Apple of making cars a few weeks ago. In an interview with Bloomberg, he also figured out that making cars is a hard task to initiate. 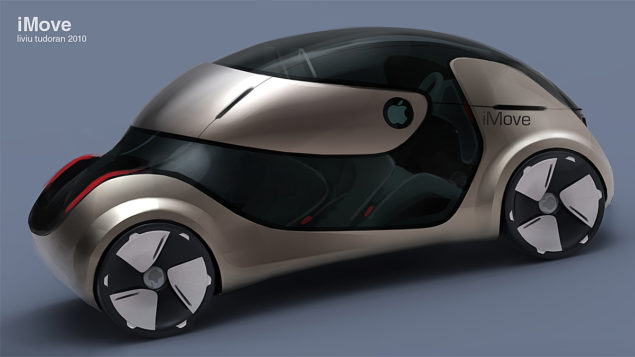 Apple remains tight lipped as ever about a possible car

"A lot of people who don’t ever operate in it don’t understand and have a tendency to underestimate," said Akerson, who has held no other executive positions in the automotive industry. "They’d better think carefully if they want to get into the hard-core manufacturing," he said of Apple. "We take steel, raw steel, and turn it into car. They have no idea what they’re getting into if they get into that."

That's highlighted today more in a new report by Bloomberg which states that Apple might be considering to have its "supposedly rumored" car as early as possible or more appropriately by 2020. According to what is said in the Bloomberg report:

“Apple would have some advantages as a new entrant to the auto industry,” including its cash, ability to connect with its own devices and the infancy of the electric-vehicle market, Barclays analysts Ben Reitzes and Brian Johnson wrote in a note to investors. “Finally, Apple’s brand – arguably the most important advantage – is a big attraction for the next generation of car customers.”

According to some recent rumors the company had some research on vehicle's development in the previous year, which allowed Apple's team to know that they can sort out everything within a matter of five to six years in totality. This is exactly the same strategy Apple used before announcing its first iPhone in 2007. They started off R&D on an iPhone three years prior to the release of an iPhone in 2007. However very less information and specs are still available to attention about the new anticipated vehicle by Apple. And its completely possible that Apple is still in the process of finalizing what exactly to present in a shape of a vehicle to the much curios audience.

According to the Wall Street Journal report, the design in progress seems to be like a minivan, which it suggests as an odd choice when it comes to Apple's first release of a car ever. The car also appears to be fully electric since an enormous amount of recent hires from EV battery maker A123 Systems provides us with a very significant reason to believe that this car in production is going to be fully electric.

"If Apple really is snapping up A123's employees then it's a clear indication that the company is exploring the idea of building an electric car. A123's technology hasn't really been used in anything but electric vehicles, and the fact that it had to shut down unfinished projects because of the loss of its employees suggests the calibre of engineering talent involved. If the five individuals did jump ship to Apple to build an electric car then they'd be joining a team that reportedly already includes automation experts abd top car designers".

Reuters and WSJ reports strictly has a conflict on how much autonomous Apple's car is going to be when it will be released. Its still worthy to notice that the year 2020 is subject to be anticipated as the year when autonomous cars are going to be released and commercialized.