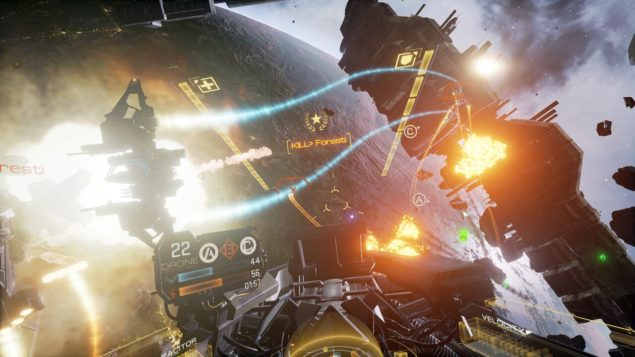 The developers behind VR game EVE: Valkyrie will open their consumer testing programme later this month.

On the heels of the Oculus Rift pre-orders, CCP Games announced that players will be able to get into the alpha phase from January 18th. New players will be admitted in waves at some point before the first test.

EVE: Valkyrie will put you in the cockpit of a spaceship in an intense multiplayer dogfight. The developers have built it from scratch with VR in the mind, and no doubt the level of their success will be all over the internet in the coming months.

Owners of the Oculus Rift DK2 headset will be able to register their interest in the testing program here.

Access to EVE: Valkyrie will be bundled with all pre-orders of Oculus Rift, so take out that mortgage now if you fancy taking control of your very own space vehicle. The consumer version of the device will cost $599 USD and willl also include an Xbox One controller, an Oculus remote, a mic, a sensor and a copy of Lucky's Tale.

Console owners will be happy to know that EVE: Valkyrie is also set to be a launch title for PlayStation VR.

To celebrate the announcement, the developers released a handful of new screenshots to show how close you'll be to the action.