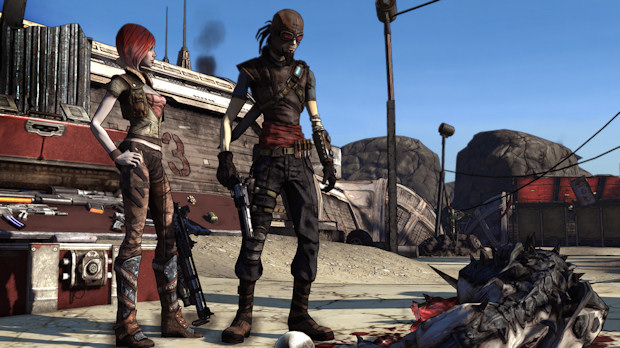 We all remember the original Borderlands RPG-FPS hybrid shooter from 2 years ago. Gearbox Interactive is developing Borderlands 2 for a 2012 release, and while the actual game is still a year from release, you can get some taste of what's to come in Borderlands 2 with 14 minutes of leaked gameplay footage of Borderlands 2 starring Salvadore. There isn't much to say about the game that hasn't already been mentioned so just check out the video below for some Borderlands action. That being said, Borderlands 2 is definitely on my list of must play games for 2012, considering how some of us are bored with the lack of ingenuity in the FPS genre as a whole, Gearbox Interactive has really pushed the envelop with the Borderlands franchise and I have high hopes for the game and any possible sequels in the coming years.