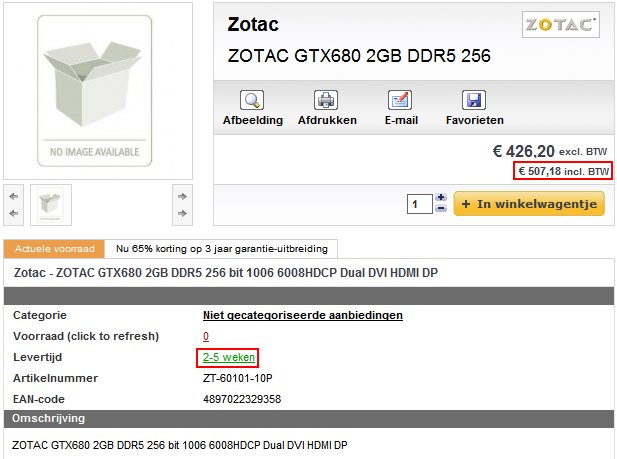 Online retailer comcom.nl has listed the upcoming Zotac Geforce GTX 680 2GB GPU for €507. According to the site, the card would be delivered within the next 2-5 weeks. Suggested launch date of the upcoming GTX 680 Kepler GPU is 22nd - 23rd March and retail availability at the same day however according to Fudzilla, GTX 680 would sell out pretty fast and it would be pretty hard to find one later on.

The Kepler 28nm Architecture based GeForce GTX 680 feature the GK104 chips which holds 1536 Stream Processors, Recent slides detail its Core Architecture which you can find here. A few benchmarks also suggest that the card would be faster then the HD 7970 providing better performance per watt. Its expected retail cost is $549.