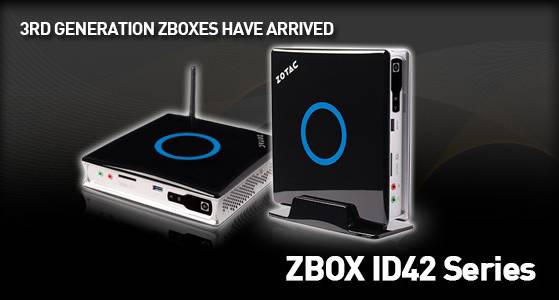 The 3rd Generation ZOTAC ZBOX is the most substantial evolution of the ZBOX since its introduction three years ago and receives a slight 7-mm increase in thickness to accommodate higher-performance components. Network connectivity receives an upgrade with the 3rd Generation ZOTAC ZBOX chassis for dual Gigabit Ethernet ports with teaming capabilities and dual external Wi-Fi antenna’s for superior wireless networking and Bluetooth reception.

“After many years of research and development, ZOTAC is able to integrate desktop components and discrete graphics into our award-winning ZBOX mini-PC for greater flexibility and performance capabilities,” said Carsten Berger, marketing director, ZOTAC International.

“ZOTAC continues to impress us with their dedication to the home theater PC and continual advancement of mini-PC hardware capable of handling the latest and greatest features of OpenELEC,” said Stephen Raue, main developer and founder, OpenELEC. “We have no doubt the new 3rd Generation ZOTAC ZBOX with NVIDIA GeForce GT 610 graphics is ready for the new HD audio and Hi10P video capabilities of the upcoming XBMC 12.0 Frodo-based OpenELEC 3.0 release.”

ZOTAC ZBOX mini-PCs For All Your Computing Needs 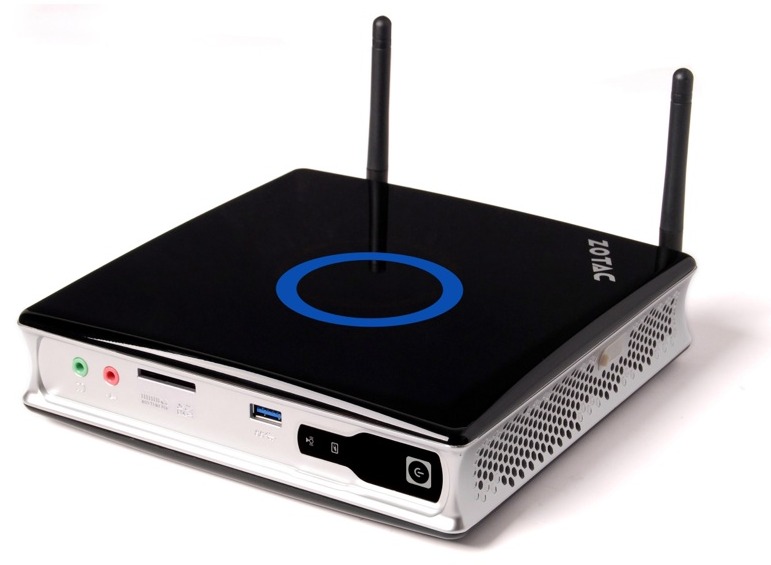 It’s time to play with the new ZOTAC ZBOX with Intel Core processors.