N64 was one helluva console. There's no other way to put it. Marshal H, last name classified ( no seriously), has not only managed to make a working HDMI converter for the N64 but has also made handheld portable versions of not just the N64 but the SuperNintendo, SNES and Atari 2600 too.

In the days of the CRT televisions, consoles like the N64 and later the PS2 looked simply gorgeous. Whether the CRT was small or big, it didnt seem to affect the video quality much. Que the age of LCDs and the visual quality of old consoles became just horrible. Now Marshal noticed that too and correctly realized that what we needed was an HDMI output because regardless of what 'pixel soup' the N64 gives, the HDMI will make it equivalent of running on a CRT at the very least. Here is a picture of the HDMI converter: 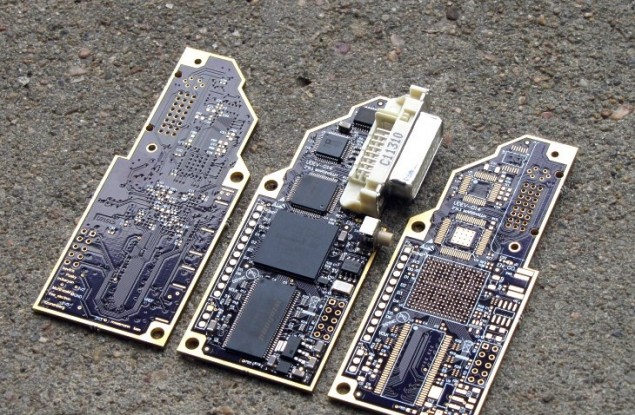 Here is the picture of the Converter board, FPGA and all. You can see the VGA port which will soon be replaced with HDMI since Audio is currently not supported in this build. Now Mr. Marshal says that the board will not be plug and play, rather it will require soldering. Alternatively you can buy a preinstalled N64 from him, which will be a very limited supply of course. Here is what he had to say:

Tentative release date is Q1 2014. To be honest it's one of many things I have going on, and I'd rather not release a crappy product, so it'll be done when it's done.

If you are interested in this product, consider putting in your information to the box below. It goes to a special mailing list created just for this. You will get one or two emails when something significant happens, and it's ready to go.

However do keep in mind that even though the visual quality will be infinitely better for LCD owners, it wont actually be 1080p since that wold require more GPU horsepower. All this proves but one thing: the N64 is still alive and kicking. To see more of his projects do visit his site: Retroactive.