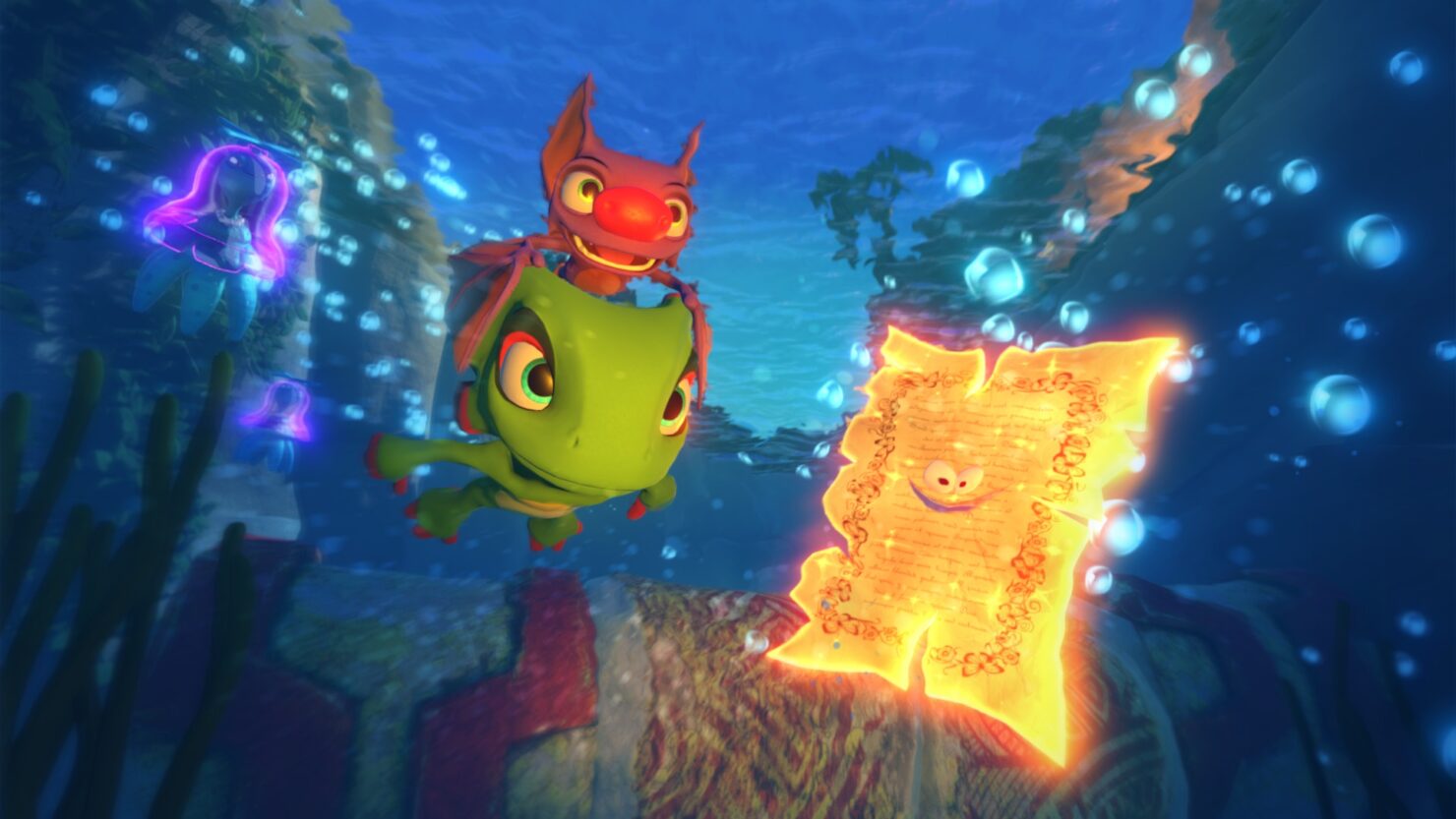 Yooka-Laylee, the platform game developed by Playtronic following a successful funding campaign, will finally release for all on PC and consoles next week, and those who will pick up the game at launch will also have to download an update introducing several welcome fixes.

The new Yooka-Laylee patch, which is already available on Xbox One, will address, among other things, performance and camera issues. Other bugfixes also promise to make the experience smoother and more enjoyable. Catch the full patch notes below.

[Fixed] Camera will become locked in place after completing Gravity Room challenge in Galleon
[Fixed] Grappling the seeds as they break in Planker's challenge causes erratic behaviour in Moodymaze Marsh
[Fixed] Game softlocks and has to be reset if the player leaves the course and faints during the Nimble race in Tribalstack Tropics
[Fixed] Softlock will sometimes occur on the Hub C slide if the player faints at the same moment as the timer reaching zero
[Fixed] If the player leaves Brreeeze Block's room in the Icymetric Palace in Glitterglaze Glacier but remains in the world and returns to the same room then the isometric camera will be deactivated
[Fixed] If player is killed by a bizzy in hub B and knocked back into the archive door at the exact same time, the screen will still transition. When the player respawns, they will be unable to move
Performance improvements to various camera transitions in the introductory cut scene
Performance improvements to Shipwreck Creek and Hivory Towers. Various areas have been improved including camera movement
Performance improvements when using the light beam in the Icymetric Palace within Glitterglaze Glacier
Performance improvements during the House of Cards ball roll course in Capital Cashino
Performance improvements in the Bee-Bop arcade game

Yooka-Laylee launches on PC, PlayStation 4 and Xbox One on April 11th. You can check out our review of the game by going here.

Playtonic on Introducing New Things to the Genre; No PS4 Pro Patch Planned for Yooka-Laylee