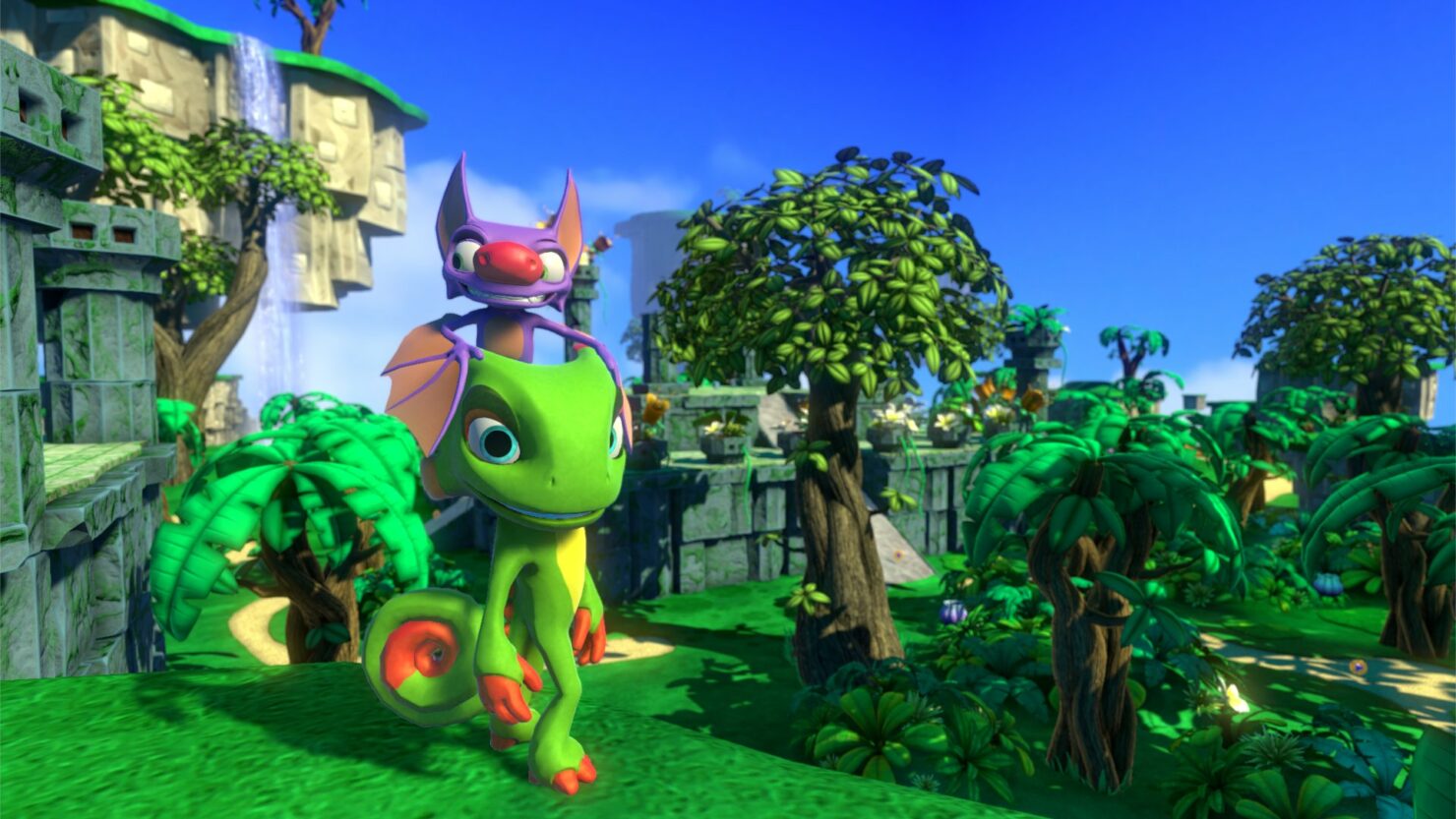 Yooka-Laylee, the platform game by Playtronic currently in development for PC and consoles, is getting closer to its April release, and more gameplay footage has been shared recently, showcasing more of the game's most interesting features. A new gameplay video has also been released today, showcasing a local multiplayer mode.

The new Yooka-Laylee gameplay video, which can be watched below, showcases Kartos Racing, a 4-player local multiplayer racing mini-game.

Yooka-Laylee launches on April 11th on PC, PlayStation 4 and Xbox One, and all those who pre-order the game will get access to the Toybox, offering a taste of the game.

As an extra special bonus, everyone who pre-orders Yooka-Laylee on PC, Xbox One or PS4 will receive an instant unlock of the Yooka-Laylee Toybox, which offers a taste of the platforming mechanics set to appear in the full game in a self-contained, spoiler free sandbox. We’re also currently looking in to ways we can make the console Toybox available to appropriate backers.

The game was also in development for Wii U, but the team confirmed that this version has been cancelled. A Nintendo Switch version is in the works, but a release date has yet to be confirmed.

After many challenging months, we’re finally able to update you on the Wii U version of Yooka-Laylee and announce a number of developments.

The Playtonic team is sad to confirm that despite our best efforts and exploring every possible avenue, we’ve encountered unforeseen technical issues that unfortunately mean it will be impossible for us to release the game on Wii U as initially planned.

Yooka-Laylee launches on PC, PlayStation 4 and Xbox One on April 11th. We will keep you updated on the game as soon as more comes in on it, so stay tuned for all the latest news.