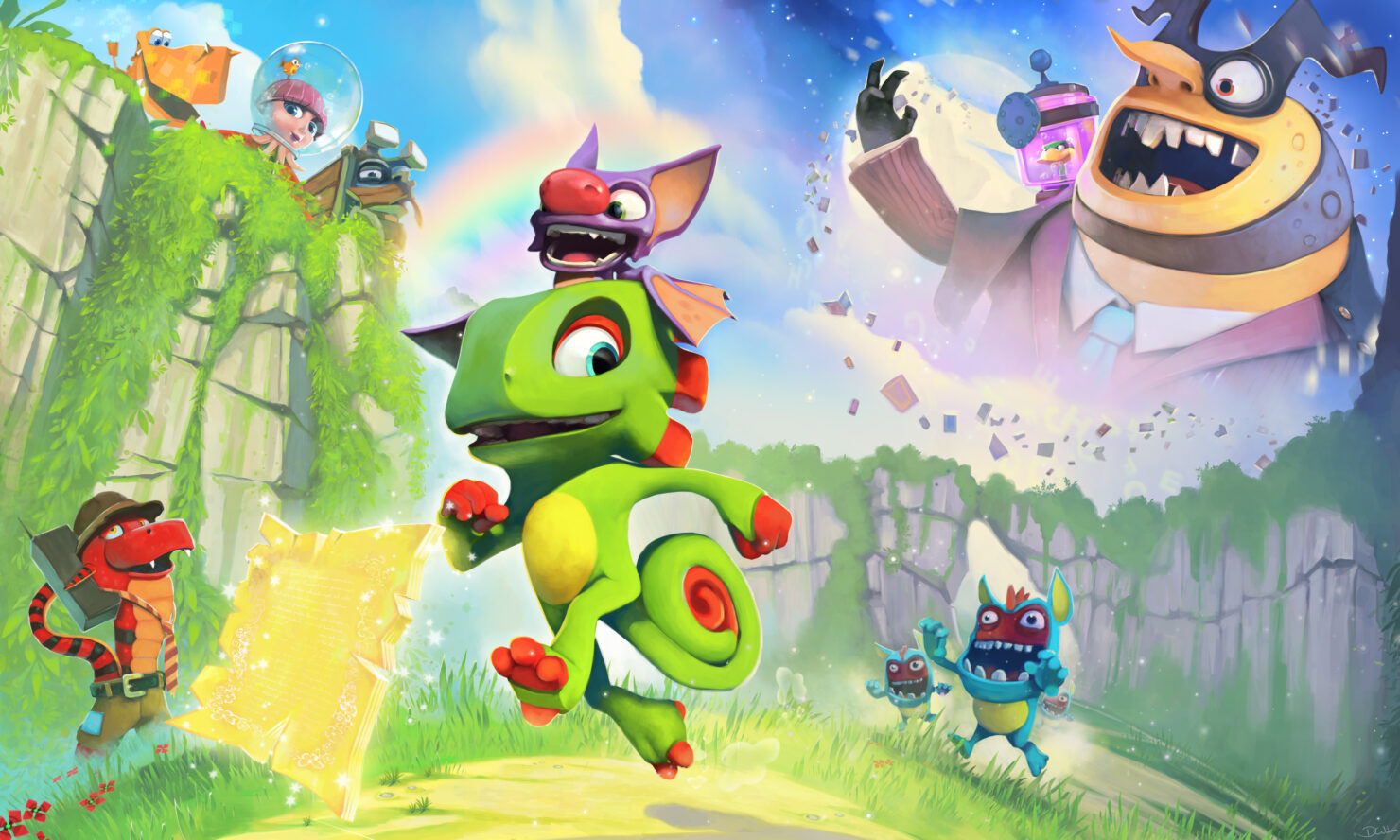 There’s no point in chasing nostalgia. Take it from me, a Nintendo fan, that nostalgia often just isn’t worth it. The incredible number of retro games I’ve purchased from digital storefronts only to never actually play them – let alone complete them – is astronomical and just thinking about my wasted pounds brings me out in a cold sweat.

It’s for this reason that as excited as I wanted to be for Yooka-Laylee, I was restraining myself. Banjo-Kazooie may be the very best 3D Platformer to have ever graced the medium of video games, but that alone wasn’t a good enough reason to be excited for Yooka-Laylee, even after the very promising Kickstarter campaign. Then I played it.

Fans of the N64 classics will instantly understand how Yooka and Laylee move about the environments and, despite a few minor physics changes, it is exactly how you remember it. Without even glancing at the controls I was quickly double jumping over chasms, high jumping to the top of pyramids and more. The stage itself resembled Banjo-Tooie’s Mayahem Temple in design, though the more open layout in this one gave it the feel of modern, sprawling level design.

It was more or less constant nostalgia, but everything felt so new, from moves to even collectibles. Spooky ghosts replace Jinjos, forcing you to explore each nook and cranny in order to find them all and complete each level – it’s small details like this that make players explore the stages in more detail.

But what I couldn’t get out of my mind was how good everything looked. Everything was crisp and beautiful, with a gorgeous angular style. It was the sort of environment that I’ve been hungering for since the last console generation, that multi-layered playground of exploration that 3D Platformers did so well.

But it’s not all sunshine and rainbows, at least not quite yet – unfortunately, Yooka-Laylee is still a work in progress after all. Frame drops were sadly common, bringing the gorgeous presentation to momentary standstills. This is not exactly unheard of when it comes to games powered by the Unity engine, though I'm expecting the skilled programmers at Playtonic Games to fix it before the game is released. The good news is that when it comes to complaints, that’s it. Like, that’s the long and short of all the issues I had with the game during my hands-on.

I could criticise the fact that it’s old hat, that it brings not-much-new to the table, but I had a smile on my face the entire time I was playing Yooka-Laylee. I was enraptured, couldn’t get enough. And for that reason, I have to say that I will definitely be getting Yooka-Laylee on day one. If the rest of the game is as polished as what I’ve seen, then I'm sure you will love it too.

Developers have recently announced that the game will be available at launch in both digital and physical format. Kickstarter backers will even get the chance to upgrade their digital pledge to a physical version, should they choose to do so.

Yooka-Laylee is targeting a Q1 2017 launch date on PC (Windows, Mac & Linux), PlayStation 4, Xbox One and WiiU. Check out some gameplay footage from EGX 2016 below.