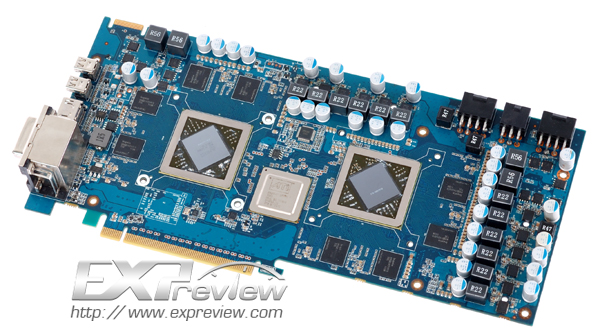 Chinese Graphic Cards manufacturer Yeston has exposed the PCB of its upcoming Dual Chip based R6950X2 GPU which is a custom designed GPU equipped with 2 Radeon HD6950 chips and a powerful VRM phase.

The R6950X2 features a Blue Colored PCB and equipped with two HD6950 chips featuring a total of 1GB GDDR5 Memory buffer on each core which makes a total of 2GB Memory. The performance of the card may not be higher than the HD6990 but Yeston said it would be aiming the card towards Gamer and Enthusiasts who want 3D and Multidisplay capabilities with a Single GPU.

The two chips are linked together through a AMD 8647 bridge chip located at the center of the PCB. Four Hynix built Memory chips are allocated to each GPU Core bearing the number H5GQ1H24AFR-T2C. The 8 Memory chips total to 2GB GDDR5 along a 256-bit wide memory interface.

The card uses a 6 + 2 Phase VRM design, The 6Phase powers the Core while the 2 Phase Powers the Memory chips. The card is fed powered through two 8 Pin and one 6 Pin Power Connector. Display ports include two mini DisplayPort, 1 x HDMI and two DVI connectors which can also be used for Eyefinity setups.

Yeston hasn't detailed what GPU cooler it would be using or the release/price date yet. 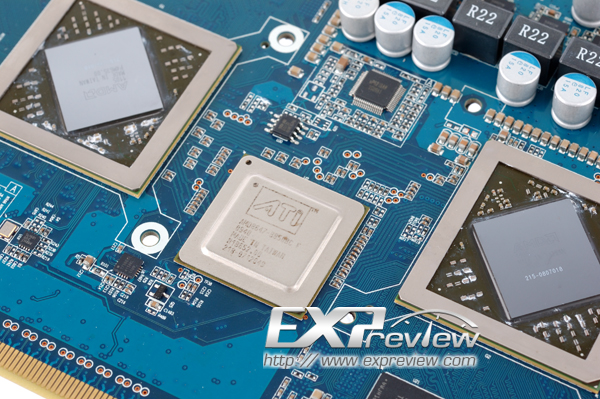 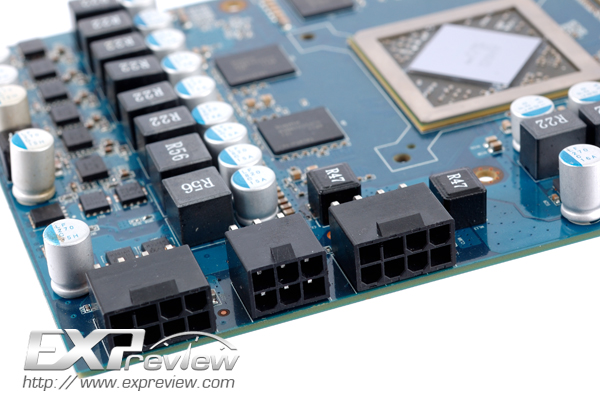