Even though there's no word yet on the launch date of the Sony Xperia Z4, we've started to see leaks and rumors about the device appear with regularity over the last couple of days. Today we get to see some more press renders of the device, which show that Sony's got a couple of design changes planned under the hood for its upcoming flagship. 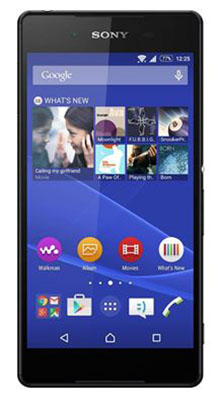 Looks like several things are going to change on Sony's flagship for this year. We've been hearing for quite a while now that the Sony Xperia Z4 will loose its waterproof certification this time, owning to Sony's decision to remove the covers on the device's external ports. Well, today's render also shows a device that's somewhat more changed than what we've seen with the Xperia Z3. The proximity sensor and the front camera lens switch places on the top and we also see the main speaker and microphone get further pushed to the bottom.

The power, volume and camera key remain mostly the same, and aside from these minute changes, the Xperia Z4 appears to be a device unchanged in design. Given the design upgrades flagships have undergone this year, in particular Samsung and Apple's Galaxy S6 and iPhone 6 duo, a vastly similar design could end up further negatively affecting Sony's popularity in the smartphone sphere. The Sony Xperia Z4 is expected to come later this year with Qualcomm's Snapdragon 810 on board, coupled with alleged 4GB of RAM and a 20MP rear camera that's shown some promising results previously. There's no word from the manufacturer's end as to when will we get to see the device. Sony's been facing problems when it comes to smartphone popularity these days and will the Xperia Z4 end the company's woes? We'll find out soon. Stay tuned and let us know what you think in the comments section.