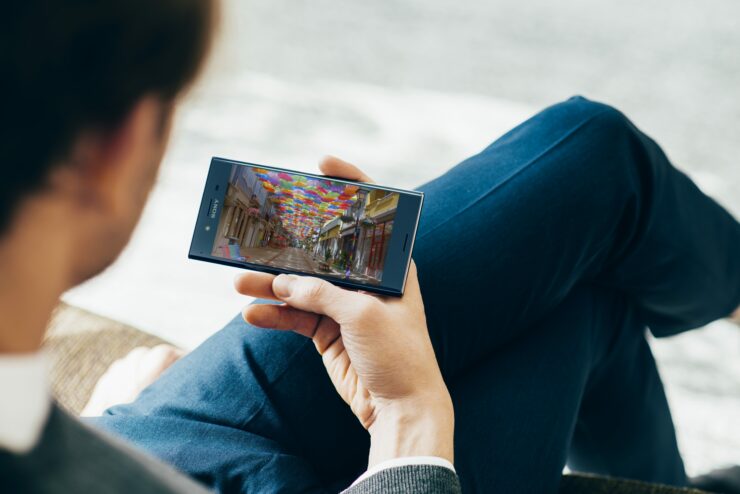 Sony launched the Xperia XZ Premium smartphone at the MWC (Mobile World Congress) event in Barcelona. Among all the other big announcements at the event, Sony's flagship did manage to stay in the limelight because of its outstanding camera features.

Sony Xperia XZ Premium packs in a 19-megapixel camera rear camera clubbed with Exmor RS sensor, which has an ability to capture excellent slow-mo videos at whopping 960 frames per second. With that kind of frame rate, the captured video shows every minor detail. To record videos at 960 FPS, users would be required to tap an on-screen dedicated button to enable the mode.

The presence of the on-screen button for the 960 FPS slow-mo mode would allow users to make any scene slow-mo while recording the rest of the footage at normal pace. This 960FPS on-screen mode on the Xperia XZ Premium has not debuted on any other phone, which makes the phone stand out from the crowd. It is worth mentioning that users need to be extra quick for enabling the mode as it stays active for a short span.

Moreover, the 960 FPS footage captured by Xperia XZ Premium is mind blowing. Here's a video that clearly shows the super slow-motion feature on the phone:

Regarding other specs, the Xperia XZ Premium come powered by the latest Qualcomm Snapdragon 835 chipset, which makes it the first smartphone to be compatible with "Gigabit-Class LTE." The phone features a 5.5-inch 4K HDR display with Corning Gorilla Glass 5. It runs Android 7.0 Nougat and packs in 4GB of RAM with 64GB internal storage (expandable up to 256GB via micorSD card). A 3230mAh battery backs the smartphone.

The camera on the Xperia XZ Premium is dubbed as "Motion Eye camera," which is claimed by the company to transfer data and scan images 5x faster than other phones. The Super slow motion video playback on the phone is also touted to be four times slower than other current flagships. For selfies, the device sports a 13-megapixel front camera integrated with 1/3.06-inch Exmor RS sensor.

Given all the exciting new features, it would be interesting to see how well this new flagship performs in the market.