Xiaomi's upcoming flagship, which is being dubbed as the Xiaomi Mi5 has been the center of media speculation these days. The Chinese smartphone maker that has risen in ranking over the couple of years is widely expected to launch the Mi5 in two days at its official event. By the looks of things so far, the next Xiaomi flagship will be quite a reasonable device indeed, with either a Snapdragon 810 or 805 on board, combined with a rumored QHD display or the rather more modest Full HD one. Perhaps the msot hyped up feature of the device is its thickness, with several alleged blueprints of the device showing its metal frame to have a thickness of only 5.1 mm. 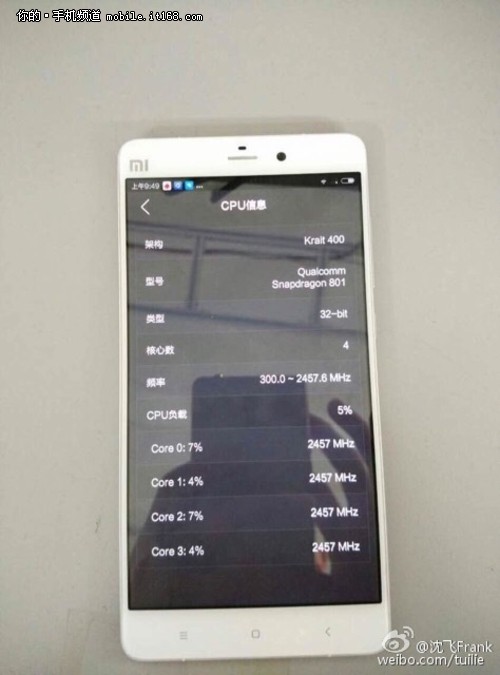 Several images have popped up today on China's Weibo that claim to show Xiaomi's upcoming flagship running Antutu. Whats interesting here is, that if the leak does turn out to be true, then by the looks of things, the Xiaomi Mi5 will be a minor upgrade over the company's previous Mi4. As you can see in the image, the Xiaomi Mi5 is shown running Qualcomm's 32 bit Snapdragon 801 with the Krait 400 on board. In an increasing 64 bit mobile world, Xiaomi's decision to choose to stick with 32 bit could prove to not be in the company's favor in the long run. 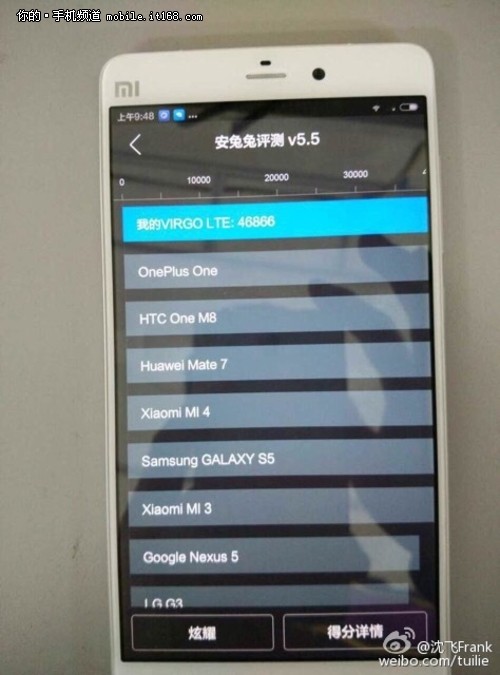 Despite these modest specifications, the Xiaomi Mi5 does appear to outperformo other devices, or so it would appear in the benchmarks above. Device's such as Samsung's Galaxy S5, HTC's One M8 and other all stand below the Mi5's alleged Antutu scores. Coming to the overall design of the device, the rear of the phone reveals a plastic back with dual LED flash for the rear camera. 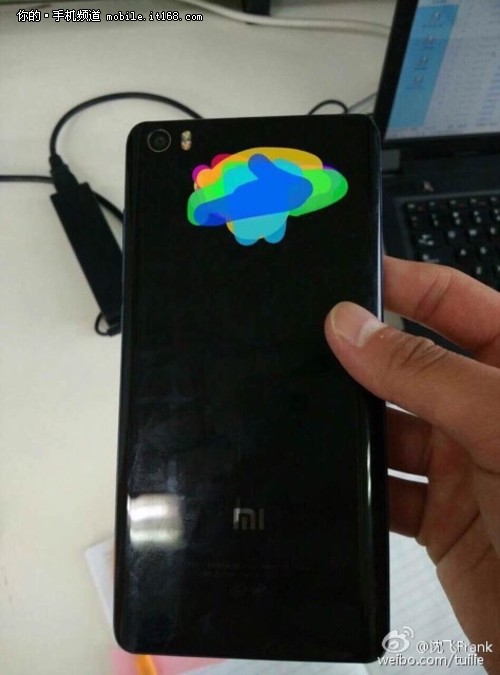 Xiaomi choosing plastic for its upcoming flagship would be another disappointment, since plastic is another feature that is on its way out when it comes to the smartphone flagship world. Judging by the incremental upgrades featured in the images above, our best guess is that either the credibility of these images isn't that strong or the device above is actually the Xiaomi Mi4s, not the Xiaomi Mi5 as is being dubbed these days. Let us know what you think in the comments section.