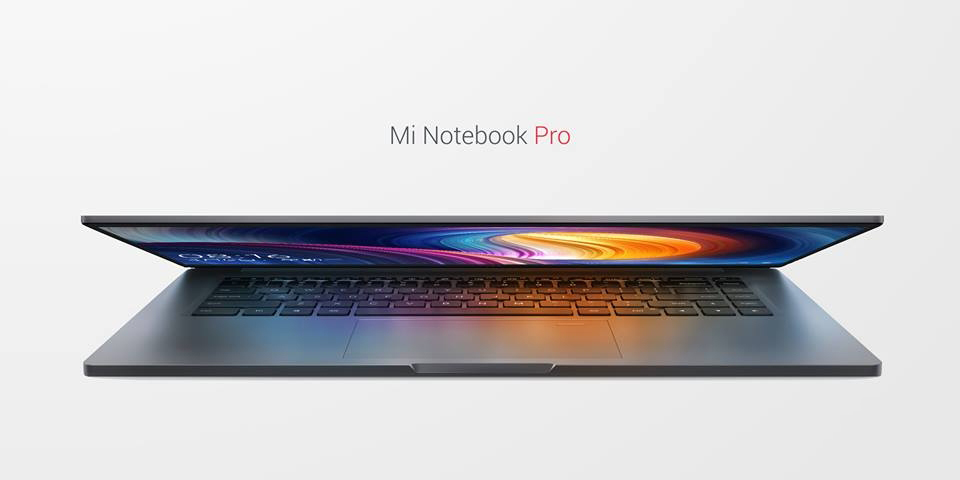 Update: The offer has ended on the official site, and the Mi Notebook Pro is back at the price of $999, but we have managed to get an exclusive discount coupon for Wccftech readers (valid for the first 50 orders only) using the code: MIBOOKPRO. You can claim it over here.

There are very few offerings out there in the windows segment that can take on Apple's offerings in the aesthetics and design department. The Mi Notebook Pro is probably the only one that actually succeeds. Unashamedly following the design philosophies of the Macbook Pro, the Mi Notebook Pro does what most ultrabooks fail to do: couple an incredible form factor with incredible power. Thinner than the Macbook Air itself, the Mi Notebook Pro packs a very impressive punch with the 8th Generation Kaby Lake - R quad core processor and the GeForce MX150 Pascal 2GB graphics card.

Xiaomi is quietly but surely taking over the windows ultrabook market space for the mainstream user. 5 years ago, barely anyone had heard of them, but today they are seen as one of the most promising companies that are on their way to becoming the giants of the future. The Xiaomi Notebook Pro series particularly caught my eye considering how immensely well built the notebooks are and how well specced they are.

Featuring premium components and a design philosophy that seems to go toe to toe with Apple itself, its little surprise that its proving to be such a popular product that they recently announced they will be launching a new series of “Notebook Pro” notebooks. One of the biggest problems if you are a potential customer, is that their products are incredibly hard to find on the US mainland and any Amazon seller overcharges for them. Buying directly from a chinese retailer willing to ship all over the world like Gearbest, solves that problem. 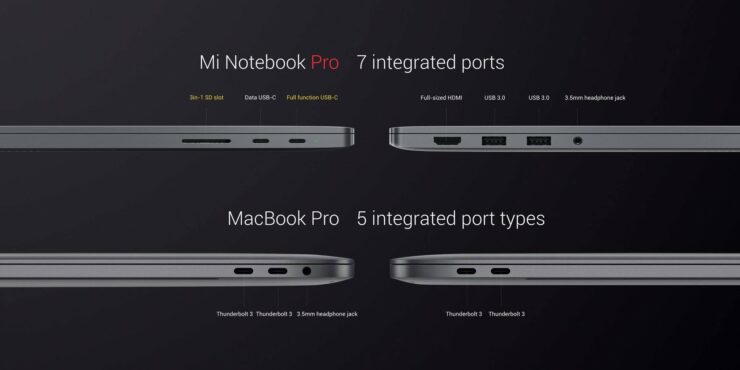 The GPU MX150 is more than capable of handling just about all RTS and MOBAs as well as AAA games (at low-medium settings) at 60 FPS. This is a much better experience than most of the integrated GPUs that usually ship with ultrabooks.

Faster, lighter and cheaper than the Macbook, You can buy the Mi Notebook Pro over here, use MIBOOKPRO discount code and get $115 off

Xiaomi is clearly gunning for Macbook Pro owners willing to shift to the Windows 10 ecosystem and makes no secret of it. This level of ambition is admirable and they even proudly showed off the performance metrics of the Mi Notebook Pro, which outperform the Apple Macbook Pro. Considering the Mi Notebook Pro is thinner, lighter, more powerful and can play games, it really is a no brainer if you are willing to go with the Windows OS.

This is the ideal combination of gaming performance and portability and if you are in the market for a machine that can offer a little more computational punch than the traditional dual core variants without sacrificing portability then look no further - this is quite literally it. You can also check out the smaller sized Air Variants that Xiaomi has rolled out before which sacrifice a bit of CPU power for a smaller size. 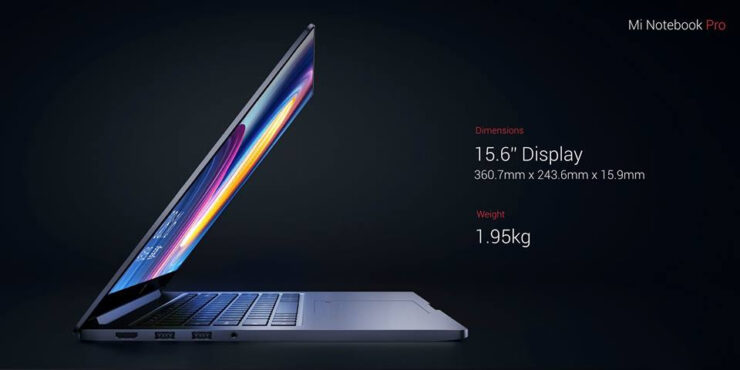