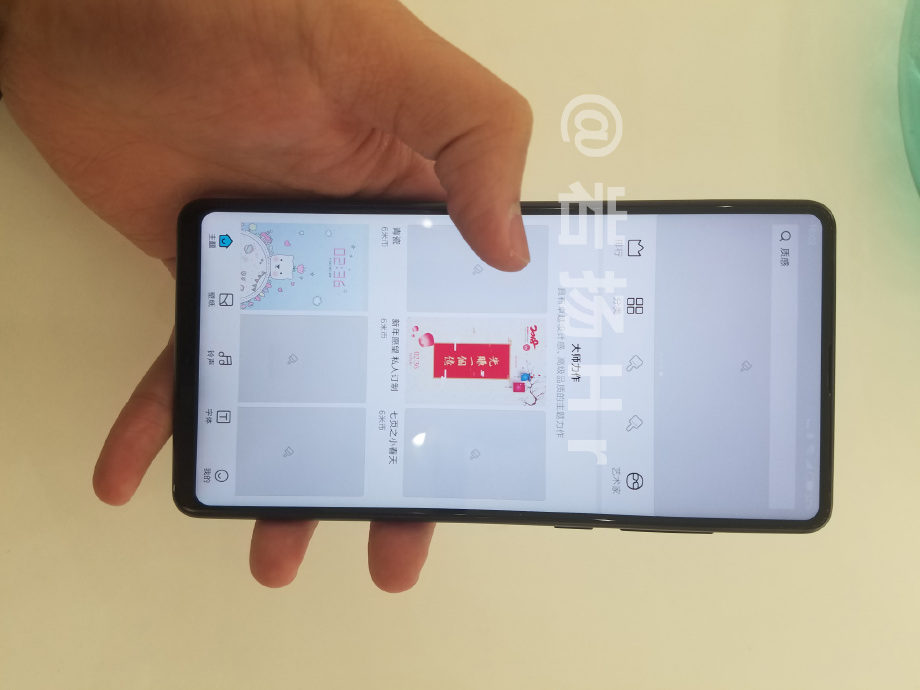 Right now, the current hot device on the rumor mill is Xiaomi's Mi Mix 2s. Xiaomi will launch the device on March 27th, leaving us with little time to gather as many rumors and leaks as we can. Right now, the verdict is not clear on what to expect from the smartphone. Some of its earliest leaks, and a very recent one, suggest that Xiaomi will make an interesting change at the device's front. The company will move the Mix 2s' front camera sensor at the top right of the device's display, making for an interesting and unorthodox look. However, now, we've got yet another conflicting leak, which suggests otherwise. Head over below for the details.

One of the biggest rumors for the upcoming Mix 2s is the smartphone's front camera sensor. Its predecessor, the Mix 2, places it at the bottom for the smartphone, which creates an amazing illusion. Now, optimistic sources believe that the Mix 2s will feature an interesting, top-right position for the front camera, as Xiaomi looks to further refine the lineup's aesthetics and design.

Of course, this upgrade is not confirmed. We've seen a lot of visual evidence for the Mix 2s so far, and the majority does not point towards a top front camera sensor. Today, another live image leak corroborates this lack, suggesting that the front camera for Xiaomi's Mix 2s' will be placed at the smartphone's bottom bezel instead.

Today's leak shows a lot of features for the Mix 2s. It starts off by demonstrating a horizontal rear dual camera setup. Then, a bottom front camera sensor is visible in the third image, if you look closely. Then, the last image is a camera sample, which is not only aided by AI but is also accompanied with an interesting claim. The source of these images believes that the Mix 2s will shoot video at 960fps - matching Samsung's Galaxy S9 and Galaxy S9+.

Just a while back, Xiaomi teased us by asking whether the Mix 2s will achieve a blur depth of field effect via hardware or AI? Now, it's looking like the answer is both. If you're still confused, take a close look at the bottom left corner of the fourth image above. It shows some very interesting details. After this leak, we're not sure what to believe for the Mix 2s. Whatever it is, it will become clear soon. Till then, stay tuned and let us know what you think in the comments section below. We'll keep you updated on the latest.