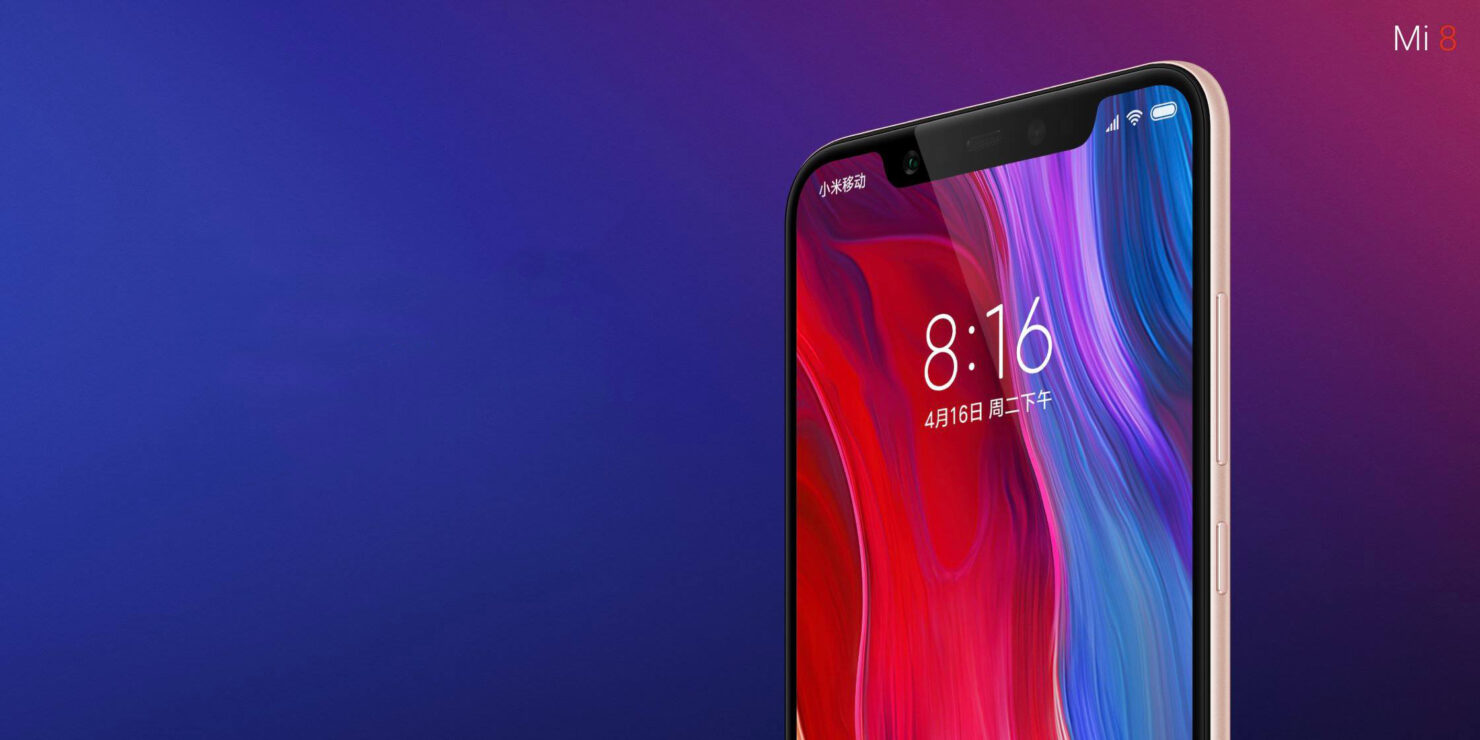 Xiaomi announced the Mi 8 some weeks ago during an event taking place in China. Three smartphones have been launched in this range including Xiaomi Mi 8, the Mi 8 Explorer Edition, and the Mi 8 SE. The devices are in line with the trends of 2018 since they have really thin bezels, a chin, and an iPhone X style notch on the top. Now, one of the models will be released in Europe later, allowing Xiaomi to cement its position in various different markets.

WinFuture has reported that the standard Xiaomi Mi 8 variants will be released in Europe during the month of August. Europe will not be getting the affluent Explorer Edition model and the 8GB RAM model for now. For now, the Mi 8 itself will be available in two storage configurations; 6GB of RAM with 64GB of internal storage, and 6GB of RAM and 128GB of internal memory. The Mi 8 will be available in the colors black and blue.

As for the specifications, the Mi 8 is powered by the octa-core Qualcomm Snapdragon 845 and it will be shipped with Android 8.1 Oreo with MIUI 10 on top. The phone sports has a 3,400mAh battery and supports Quick Charge 4.0+. Additionally, the Mi 8 sports a 6.21-inch full HD+ display with a resolution of 2,248 × 1,080 and it is the first Android smartphone to provide support for 3D facial recognition. The device is also armed with a dual rear camera setup (12MP + 12MP) and a 20MP AI-fueled selfie camera.

The Mi 8 also offers video recording up to 4K at 60FPS and slow-motion video recording at 1080p up to 240 frames per second. The flagship also comes with a dual-frequency GPS and utilizes the L5 and L1 band to improve the location accuracy by fives times. Coming to the pricing, the Xiaomi Mi 8 will retail for 480 ($555.72) and 520 Euros ($602.03) in Switzerland, and while this is certainly a great deal, it can never come close to the one being offered in China.

Do you think the flagship being sold in Europe will bring Xiaomi closer to its goal of shipping 100 million smartphone units for 2018? Let us know down in the comments.