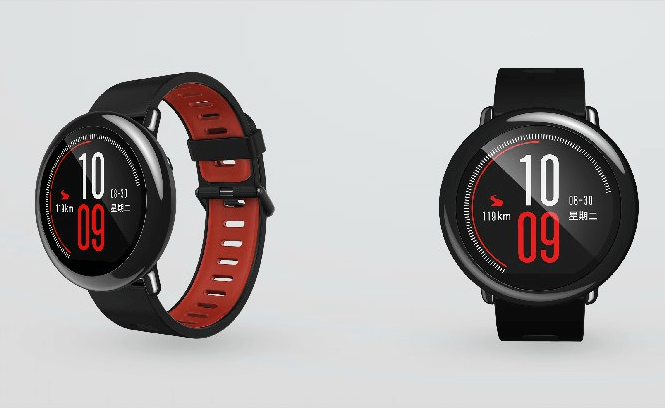 Update: Xiaomi Amazfit has been spotted on Gear Best for the price of $166, but it’s currently out of stock at this current time. We’ll update when it officially becomes available to purchase.

Being completely honest, I never knew Xiaomi had a sub-brand Huami, and at the same time, the company has announced the $120 Amazfit, which features a slew of features and upgrades that you will not find on any smartwatch in the aforementioned price tag. Here is the official image gallery of the best possible wearable that you can purchase right now.

Amazfit is going to be launching tomorrow for the price of $120. Unfortunately, this is the price tag of the product that’s going to be available in China, and if online retailers like Gear Best or any other start to sell it, it will fetch a much higher price. However, it does not mean that the product will become any less of a worthy purchase, because its hardware and other upgrades is something that you should pay attention to.

Coming to the specifications, the Xiaomi Amazfit doesn't disappoint. It includes a 1.34-inch display with 300 x 300 resolution and there's a 1.2GHz processor running inside. Since the device isn't running Android Wear, we can't tell if the processor belongs to Samsung's, Qualcomm's or MediaTek's SoC, but we'll update you on the matter as soon as it becomes available to us. There's also 512MB of RAM present, and 4GB of internal memory. Like the case is with wearables, you will not find a large battery capacity present, but a 200mAh cell is still decent enough. What's more is that according to the company, you will be able to rake out 5 days of battery life.

If you want to switch on GPS, the total battery life will be cut short to 35 hours. In addition to GPS, the smartwatch offers a heart rate monitor to help track your fitness, and it can pair with an Android phone via the Mi Fit app. Hopefully, support will also be ported to iOS and Windows 10 Mobile soon. The device is also IP67 certified, meaning that small splashes of water are not going to harm it. However, don’t attempt to take the wearable for a swimming lesson, because its not IP68 certified. A similar example of an IP67 certified device would be the HTC 10, which cannot be completely submerged in water, but its chassis will still be protected against splashes of water and dust particles.

We'll update you on when it becomes officially available to purchase, but its still a very decent smartwatch for the price of $120.