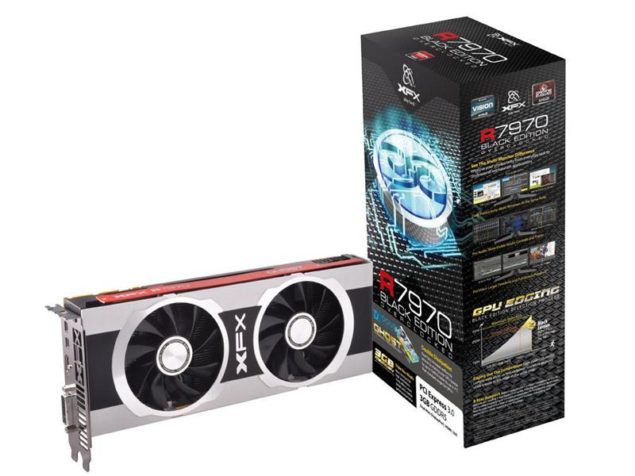 The Double Dissipation comes in two variants, An overclocked Black Edition and a stock variant. The Stock variant features the reference clock speeds and the new cooling design while the Black Edition comes with Factory Overclocked Specs of 1000 MHz core and 1425 MHz (5.70 GHz effective) memory.

The new cooling design packs a large aluminum fin array to which heat from the VRM/ Memory/ Core is transferred through Multiple heatpipes which is then cooled by two large fans. 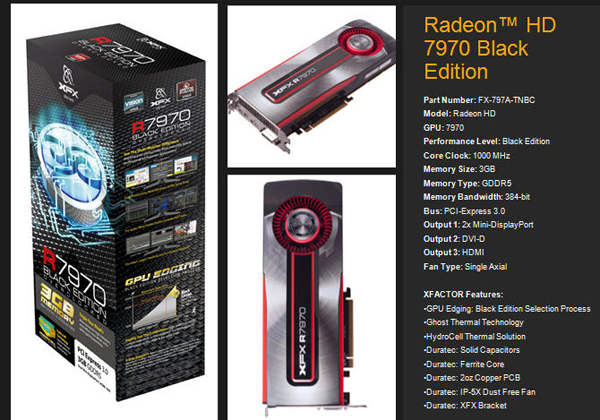 The Reference Variants also come in a Black Edition and Core Edition Model, The Core Edition features the reference clock speeds and design while the Black Edition is clocked at 1000 MHz core and 1425 MHz (5.70 GHz effective) memory.  Both GPU's come with the new Liquid Chamber Cooling, Solid Capacitors and Hydro Cell Thermal Solution.

All cards feature a 3GB (GDDR5 384-bit) Memory buffer and display outputs include 1 DVI, 2 Mini DP and a Single HDMI port. The Double Dissipation Edition R7970 would cost $50 more at $599US while Stock Reference Models would be priced for $559US.