XFX is preparing a pair of single slot HD 5770 which will feature a a base model (HD-577X-ZMF3), and an Eyefinity-5 model (HD-577X-Z5F3). The PCB used by both the cards is designed by XFX itself. The cooler uses copper cooling to cool the GPU. The design of the Single Slot HD 5770 looks really similar to the Geforce GPU's by XFX such as the single Slot 9800GT. The cards have the same reference clocks of HD 5770 which are 850Mhz for the core and 1200 MHz (4800 MHz effective) memory clock, the card features a 1GB GDDR5 memory across a 128-bit wide memory interface. The card is provided juice thorough a single 6-pin pci-e connector. The connectivity ports of the base model includes two DVI and one mini-Display Port while the Eyefinity variant includes five mini-DisplayPort connectors. The cards will be available with in this month and the price of the base model is expected around 202US$. 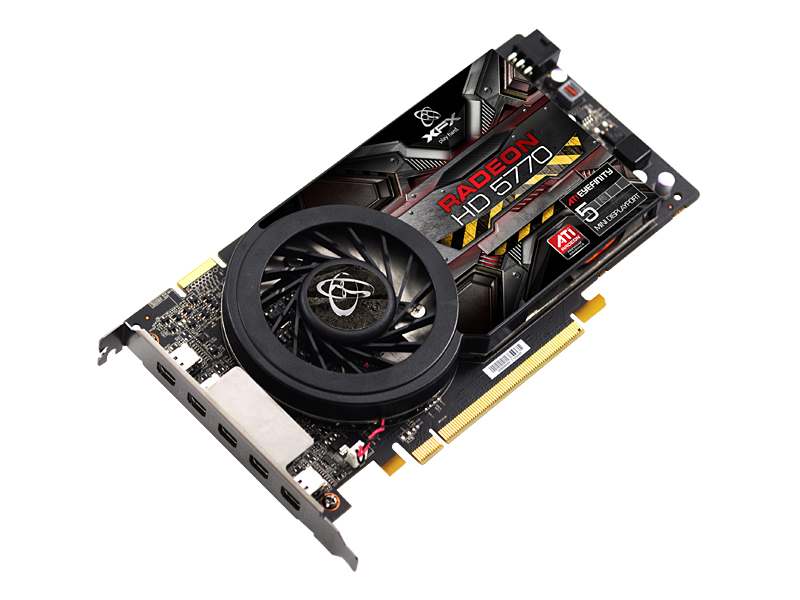 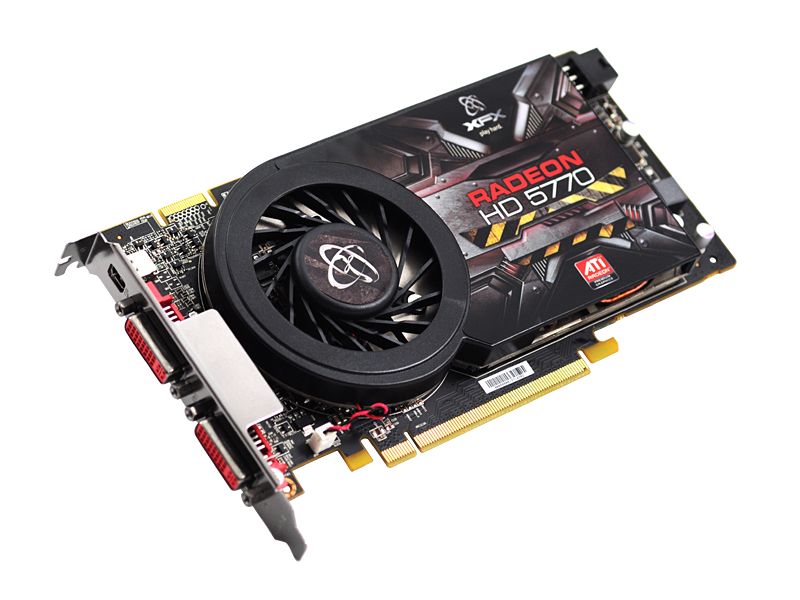