Rise of the Tomb Raider from developer Crystal Dynamics went 'Gold' a few weeks ago, and already Xbox boss Phil Spencer, has been caught playing the action-adventure. 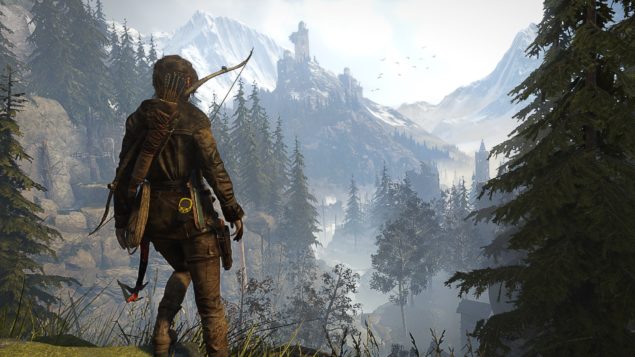 The latest installment in the Tomb Raider series went 'Gold' a few weeks ago, indicating that the game has been finished and is being made ready for shipping. Although the timed Xbox One exclusive won't release until November 10, I already caught Microsoft's Phil Spencer playing the title through the Xbox One dash.

I managed to take some screenshots of my Xbox One dash, showing Spencer playing the game already. Judging from the shots, the Xbox head was preparing some exploration mission. Sorry for the 'weird' language on the shots - can't help the fact that I'm Dutch though.

Tomb Raider To Be Xbox's Uncharted

Spencer has always been positive about Rise of the Tomb Raider, and most recently Spencer once again pointed out how great of a studio Crystal Dynamics is.

Last year, Spencer said, Rise of the Tomb Raider could be the Xbox One's Uncharted. "I'm a big fan of Uncharted and I wish we had an action adventure game of that ilk," Xbox boss Phil Spencer told Eurogamer last year.

"When you think about our portfolio, if it was a sci-fi shooter, I probably wouldn't do that! I've got one of those! Or if it's a Gears competitor, or a Forza competitor, there are things I wouldn't go after. But this is one that clearly fit in our portfolio really well. That's definitely part of the analysis. I want to be a good partner. I wouldn't be a good partner to Crystal and Square if I had a game I thought was directly competitive with this in the timeframe, and I didn't.", Spencer added.