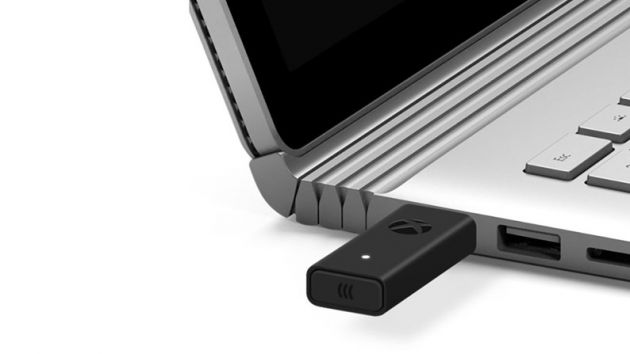 The new Xbox wireless adapter for Windows 10 was announced to debut this month but apparently, it will not be so as Microsoft has decided to delay its launch until next year, at least in the United States.

When Microsoft announced the new and improved wireless adapter that would allow the use of the Xbox One controllers on Windows 10, the company revealed that it would arrive this month and its cost would be $24.99 USD.

In an unexpected move, the company announced that the accessory will not reach the United States on the promised date and will be delayed until January 2018.

Microsoft did not explain the reason for the delay in the delivery of the adapters, but it is possible that the company still has a high inventory volume of the old model and wants to sell it before launching the new version.

Without revealing the reason, Microsoft announced that the decision is contemplated on the North American market, not so in other countries, so that, according to reports, the Xbox wireless adapter for Windows 10 will arrive in Japan in the coming days and New Zealand and Australia in September. At the moment there is no special information on what will happen in Europe.

The new Xbox Wireless Adapter for Windows 10 is 66% smaller than the previous model, which makes it look like a USB stick. Just plug the device into a USB port on the PC and pair the controllers to start playing. It allows you to simultaneously connect up to 8 controllers without the use of cables, plus four standard headphones and two stereo headphones.

The adapter is available only for Windows 10 PCs and can be used for USB 2.0 and 3.0 connections. Another important detail of the device is that it can only be used with Xbox One controllers since there is no support for the 360's joysticks.