An Xbox One update will be rolling out today, which introduces to option to buy Xbox 360 BC games via the Xbox One. The update also features a firmware upgrade for the XO elite controller. Furthermore, the update introduces 16-person parties. 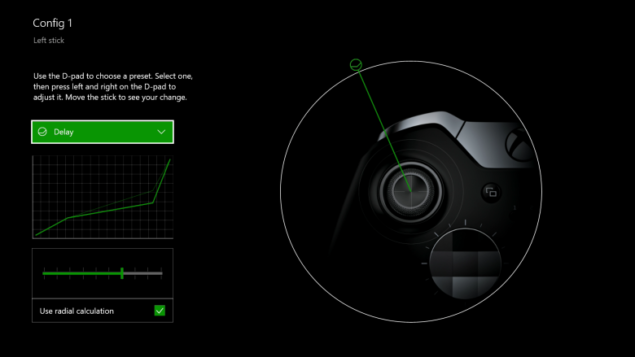 One of the most interesting features of the new Xbox One update, is the option to purchase backwards compatible 360 titles via the Xbox One. Players will now be able to find and purchase Xbox 360 Backward Compatible games, the same way you would Xbox One titles.

Players will also be able to broadcast their party chat when using the Twitch app, and speaking of party chat - this feature has been expanded to 16 players (up from 12).

If you are broadcasting from your console and in a party, you can invite other people to include their chat audio in your broadcast. If a member of your party declines, they’ll still be able to chat in the party; they just won’t be heard in the broadcast. Additionally, as the party leader, you have the option to mute a party member’s chat audio, even if they opted-in. You can also include party members on Windows 10 PCs in your Twitch broadcast.

Another nice feature, is the improved thumbstick precision of the Xbox One Elite controller. A firmware upgrade allows for increased accuracy of the thumbsticks.

Furthermore, game DVR recordings are now customizable, and through the update, users are able to adjust the length of the recording up to 5 minutes..

Also included in the update are changes to the reputation rating interface.

The Xbox Live community is comprised overwhelmingly of players with positive reputations, and so, the vast majority of profiles are rated ‘good.’ As a result, we are changing our reputation interface to draw attention only to players who have been rated ‘needs work’ or ‘avoid me’. For Xbox One Preview and Xbox app (beta) members, ‘good’ players’ profiles will no longer feature a reputation gauge, however, gamers whose profiles are tagged ‘needs work’ or ‘avoid me’ will continue to feature the reputation flag.

I suggest you check out the all of the new features that are included in the update right here, and here.