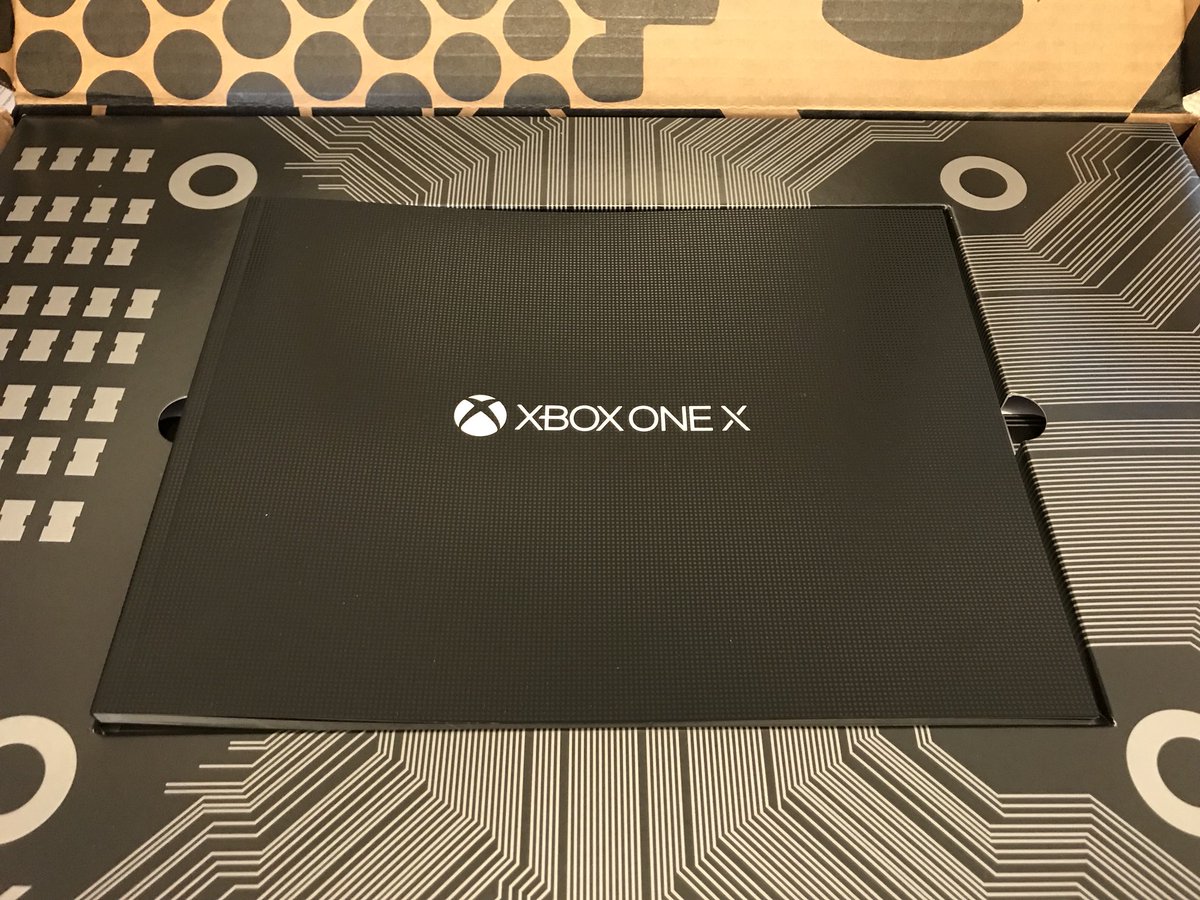 It appears that the Xbox One X promotional book included with review units, features a chart comparing the console to the Xbox One S, Sony’s PS4 Pro and standard PS4.

Some shots of the XB1X promo book were posted on Twitter, and of the images contains a chart comparing Microsoft’s enhanced Xbox One console to Sony’s upgraded PS4, the PS4 Pro, and the base PlayStation 4. The chart also compares the One X to the ‘standard’ Xbox One S. You can check out the comparison chart below: 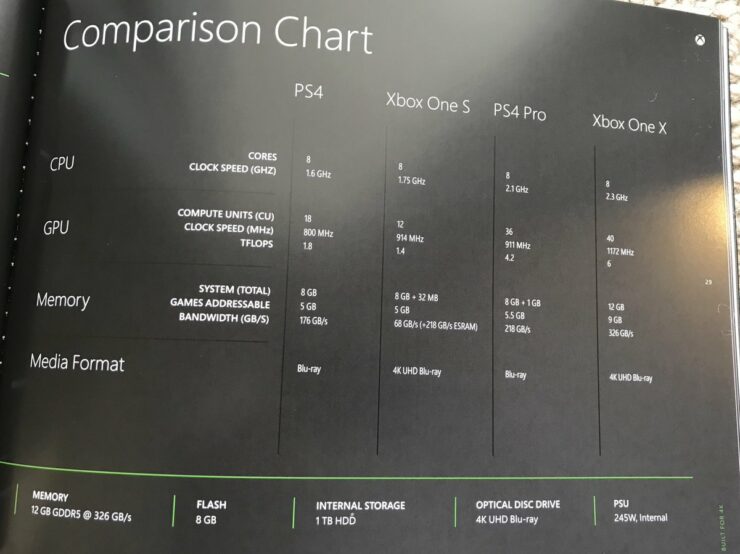 The charts clearly displays the power gap between the Xbox One X and Sony’s PS4 Pro.

The Xbox One X is scheduled for a worldwide release next month on November 7. Its main console rival, the PS4 Pro, was released last year.

Microsoft officially announced the Xbox One X, then named Project Scorpio, during its E3 2016 conference. "The next step-change for gamers and developers must deliver true 4K gaming and high-fidelity VR experiences to the console. To that end, we were happy to announce the next addition to the Xbox One family: Project Scorpio", Microsoft's head of Xbox, Phil Spencer, said back in June of 2016.

"When it ships next year, Project Scorpio will be our most powerful console ever built, specifically to lead the industry into a future in which true 4K gaming and high-fidelity VR are the standard, not an exception."

The console was unveiled as the Xbox One X during this year's E3 event, and pre-orders for the console went live back in August of this year.