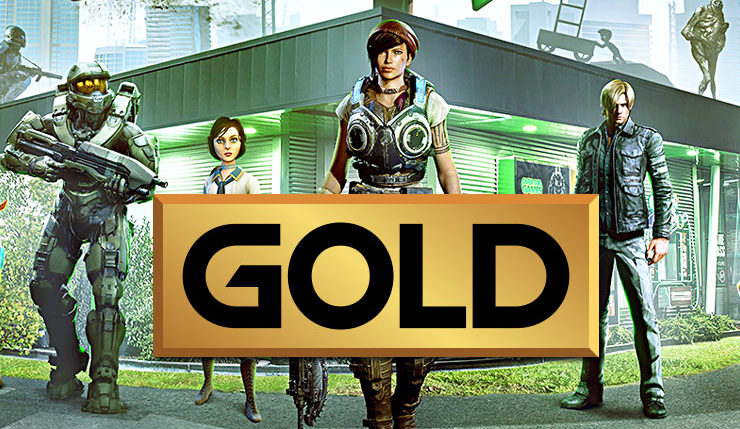 Microsoft really seem to be serious about making their Xbox Game Pass subscription service a success. They recently started making all major Microsoft Game Studios exclusives available through Xbox Game Pass from day one, and now it seems they’re sweetening the pot even further. Some Xbox One owners, including Twitter user Enric Bernades, have had the following promotion unexpectedly pop up on their dashboards.

@JezCorden @BeastFireTimdog @TukFriar @JamieMoranUK @DMC_Ryan OMG!!! Seems like a time limited offer (though no mention of when it ends).
But could it be the beginning of a new era for Xbox Live?
(I think it’s obvious but just in case I translate: free gold with game pass) pic.twitter.com/Ep5gERbpPR

Free Xbox Live Gold with Xbox Game Pass! Microsoft has yet to announce the promotion, so it may have leaked early or is just being quietly rolled out. Take this with a grain of salt if you must, but this seems pretty legit.

Now, a few caveats -- according to some who have had the promotion appear on their dashboard, this Gold with Game Pass promotion is only for new/returning subscribers and is only good for one month. It’s also a limited time deal, although there’s no indication of when the promotion will end. Of course, these are just messageboard reports – we don’t have official details from Microsoft yet.

Even if the offer isn’t quite as exciting as it seems at first, it’s interesting to see Microsoft already playing with this combination. Making Xbox Live Gold and Xbox Game Pass a package deal on a more permanent basis would be a bold move, but it seems like Microsoft is feeling bold these days. Nobody really expected to see Sea of Thieves and Crackdown 3 included in Game Pass, so who knows what they might do next?

Microsoft will be presenting its second monthly Inside Xbox streaming show today at 3:30 pm PT/6:30 pm ET. Last month they unveiled some fairly significant stuff, including Xbox One Freesync support, so there’s a good chance the Gold/Game Pass promotion will be announced. Of course, we’ll update this story if it is made official.

Have you signed up for Xbox Game Pass yet? Would this promotion convince you to take the plunge?