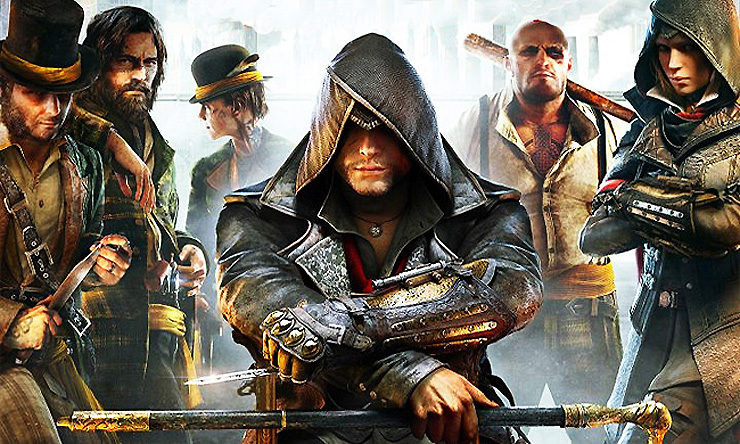 Microsoft has revealed their April 2018 Xbox Live Games With Gold lineup, which includes your standard two Xbox One games and two Xbox 360 games. Of course, the Xbox 360 games can be played on Xbox One via backward compatibility. Next month’s selection includes the Victorian London-set Assassin’s Creed Syndicate, mind-bending puzzler The Witness, classic sci-fi horror game Dead Space 2, and a Cars racer for the kiddies.

The Industrial Revolution in London provides the backdrop in this epic chapter of the Assassin’s Creed series, as you play as siblings endeavoring to retake the city back from the Templars. With new fighting mechanics, extraordinary tools, and new modes of transport, build your gang and fight to bring justice and the rule of law back to your home city.

Return as Isaac Clarke in the terrifying sequel to the classic Dead Space. This time you’ll find yourself on The Sprawl, an epic space city that has fallen under attack. Fight mysterious government operators and the deadly Necromorph with a variety of tools and customized weapons, trying to piece together what has transpired from the first game while recovering from the ill effects of your recent coma.

You awake on an island with no idea where or who you are. Over 500 puzzles lay before you as you slowly regain your memories piece by piece in the hopes of finding your way off this mysterious, gorgeous island in this challenging open-world puzzler that has been described by admirers as beautiful, challenging, and a puzzler’s paradise.

Become the fastest racecar in the world. Play as Mater, Lightning McQueen, or other favorites as you take on dangerous missions, action-packed challenges, and race against friends in this high-speed adventure inspired by Cars 2.

Cars 2: The Video Game will be available from April 1 to 15, Assassin’s Creed Syndicate and Dead Space 2 will be available on April 16, and The Witness can be downloaded all month long. As always, once you download a Games With Gold title, you’ll have permanent access to it, so long as you still have an active Xbox Live Gold membership.

Microsoft wins the game giveaway this month, easily beating out Sony’s Mad-Max-headlined April PS Plus lineup. Dead Space 2 and The Witness are both highly recommended, and Assassin’s Creed Syndicate is an above-average entry in Ubisoft’s popular franchise. What are you going to play first?