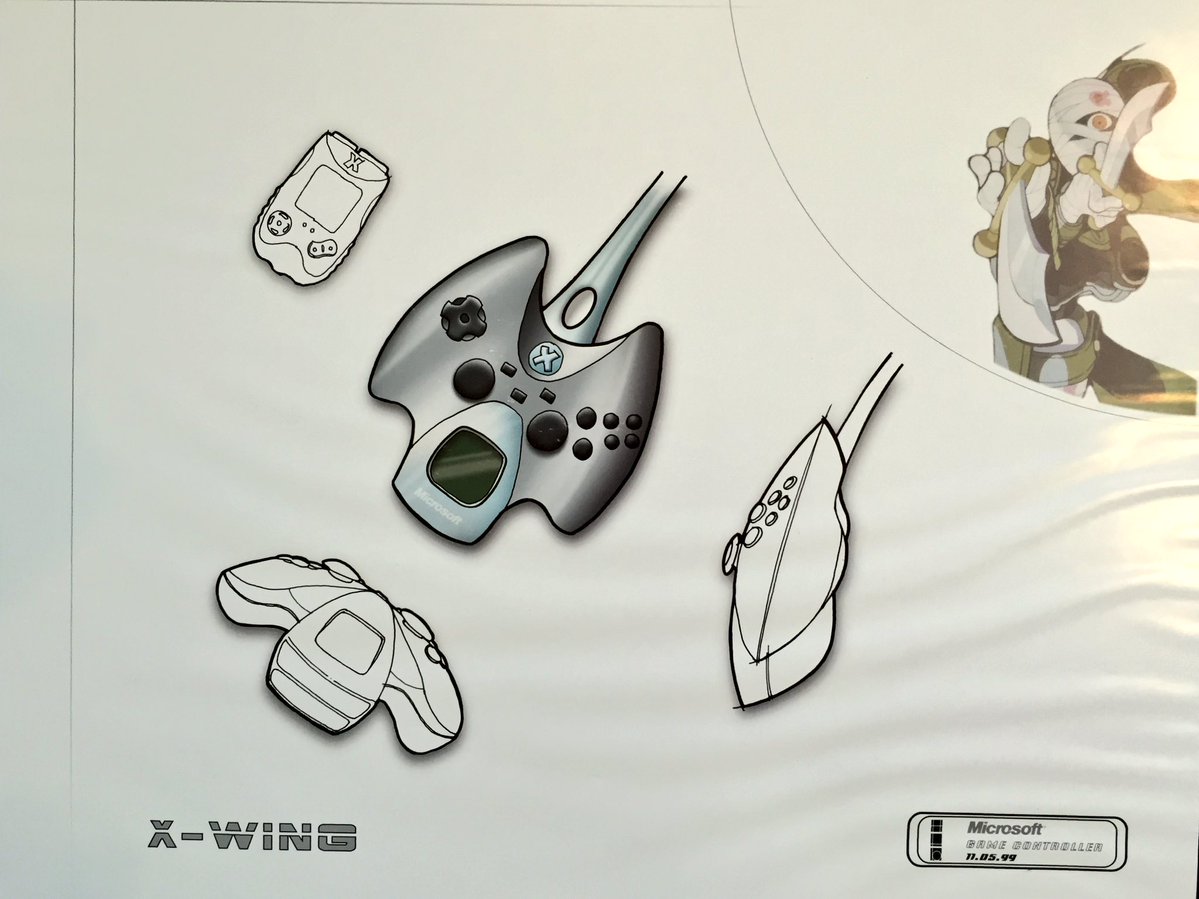 Initially hired by Microsoft in 1999 to work on DirectX, Blackley wrote the proposal for the original Xbox. The team that would be creating and designing the first Xbox was assembled by Blackley as well.

Overnight the designer took to Twitter to share some early controller concepts for the console, which was first to be called the ‘Direct X Box’.

Alongside the controller drawings, Blackley also shared some interesting tidbits on the original Xbox. Looking at the concept art, the resemblance with Sega’s Dreamcast controller is obvious, and according to Blackley this was due to the fact that the Dreamcast “was King” back then. Blackely added that designers often copy “what’s in front of them”, but also points out that the Xbox “was its own beast”.

No, we didn't almost go with any of these. These look as they do because at the time Dreamcast was king. Influence. https://t.co/hyw0l34C1C

No, you just need to keep in mind that concept designers often copy what's in front of them. Xbox was its own beast. https://t.co/gYaswYifk4

The ‘Direct X Box’ was designed by Microsoft to just run sound and graphics, and this initial name “almost stuck” according to Blackley.

Our name for it was "Direct X box," a device that was designed just to run graphics and sound. It stuck, nearly. https://t.co/s0ECxkilMD

Microsoft eventually picked a more traditional controller design, known as ‘the Duke’, without a screen. The original Xbox was released by Microsoft in November of 2001, and sold more than 24 million units.

"The data clearly show that Xbox is off to a torrid start," said Robbie Bach, chief Xbox officer at Microsoft back in 2001. "Xbox sold out as soon as we launched, and we're selling systems as fast as we can produce them. More than 100,000 units a week are being delivered to retailers, so game players are likely to find Xbox systems throughout the holiday season. With one of the best launch lineups ever, I understand why Xbox is the most sought-after gift for the holiday."