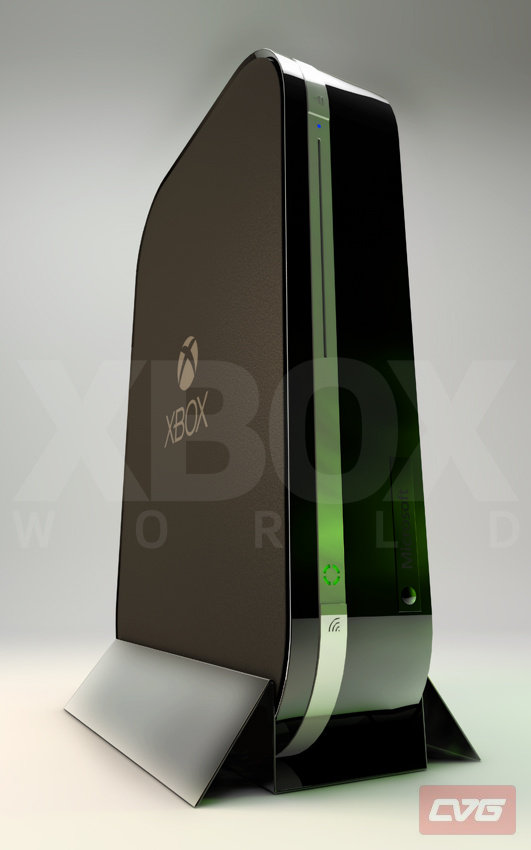 Xbox World magazine have posted new mockup pictures of Microsoft's next generation Xbox 720 console along with detailing the possible specifications and AR features of the new console.

Xbox World have posted a whole 8-Page feature article on the new Xbox 720 detailing everything we know so far of the console. Taking about credibility, the magazine has been good so far considering that it leaked key features of the new console in an earlier edition which were later confirmed legit with Microsoft's planning document and can be viewed below:

So coming back to the Xbox 720 details, first of all we would like to mention the mockup that has been created by Xbox World which is a representation of what the final build of the console could be like. Xbox 720 would have a box like shape with power and sync button up front on a silver bezel. Below them would be a USB 3.0 connector port which can be hidden by the user. HDD can be inserted through a docking bay at the side of the console which can be connected via an already fixed Sata cable. Input/Output such as video connectors and LAN ports would be located at the back along with the exhaust ports which would ventilate the heat out. You can see the 3D mockup below: 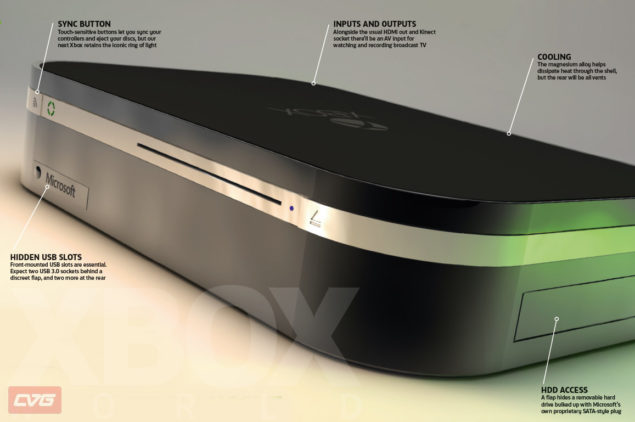 "We built ours with the same glossy face and patented VapourMG magnesium alloy Microsoft uses for its Surface tablet, and modelled the silver band after its new 'Wedge' touch keyboard and flexible Arc Touch mouse," it writes. "The future will be black, sharp and curved."

Xbox 720 specs are currently the same listed as of the Durango Dev kits which were shipped earlier. Each Kit has a Quad Core CPU with 16 threads and 8 GB of memory. The GPU is not mentioned as of yet but other details do mention that the Xbox 720 would feature Kinect 2.0, Blu-ray disc player and a new TV output AND input, 'innovative controller' plus the use of Augmented Reality Headsets when the console ages.