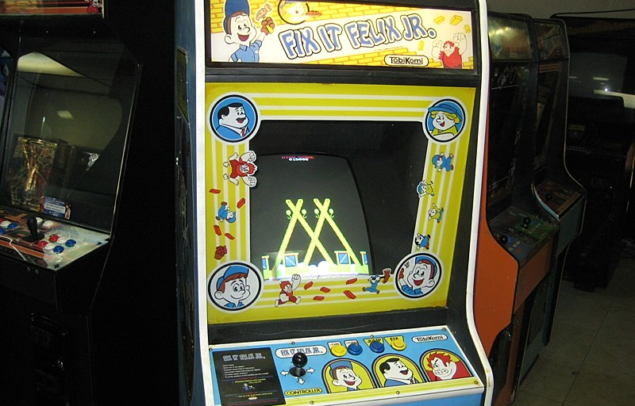 Wreck-it-Ralph was a very special movie. Bluntly put it was like a Toy Story for video games, but it enraptured gamers with hidden easter eggs from popular franchises all over the world. Infact, one of my primary motivations for watching the film was to find easter eggs. However the basic premise on which the movie is based on, a timely arcade machine, has just arrived on ebay for a price tag of $20 000. There are only a few units in existence (Around 12 if the seller is to be believed) that were created by Disney in 2012 and the last time a unit appeared for sale, it was taken home after 20k of cash changed hands.

Now even though the machine was created back in 2012, the actual unit is completely scuffed up. And its all artificial. Every dent, every scratch and even the rust has been painstakingly added by Disney to give it a synthetic 'Vintage' look and I must say they have succeeded. The look is very authentic and I had difficulty believing that wasn't actual damage.

I don't want to risk ruining the charm of the machine, but I feel it is important to mention that at the heart of this particular arcade machine, isn't an age old ASIC, but a desktop PC. Complete with a mouse and keyboard and very OEM looking PC Case. Although the CRT Tube is has some custom wiring and soldering done on it so its not a completely replicate-able scenario. So hey, I don't have 20 000 Dollars lying around and if you do, I hope you have better things to spend it on. But on the off chance that you are ready to cough up 20k on a possibly priceless collector's edition Arcade Machine, here is the link where you can put your bid.

With Galaxy Note 9 Pre-Orders Live, the Galaxy S9 Comes With an Excellent Deal for Those That Don’t Want the Phablet