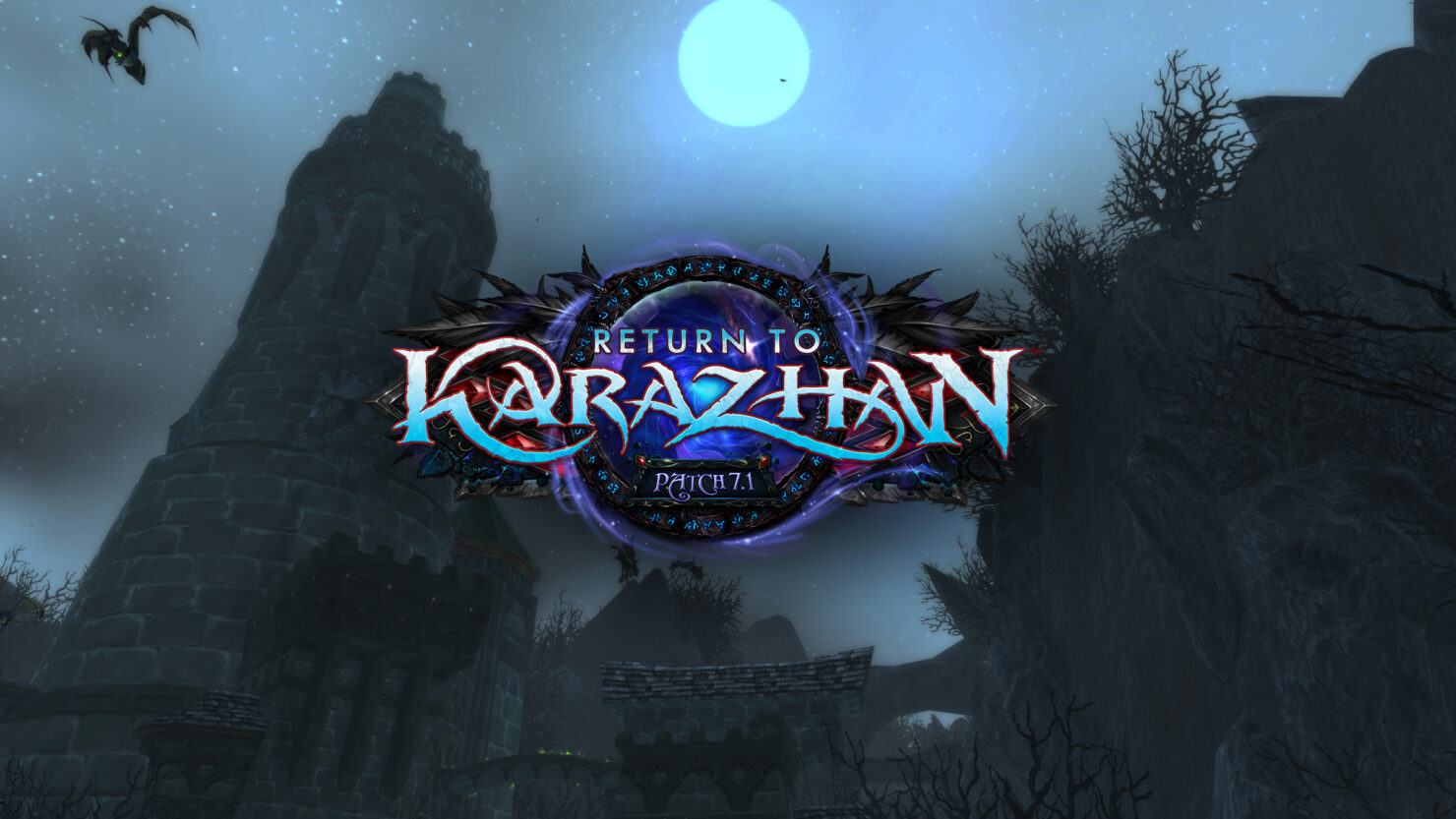 World of Warcraft Legion patch 7.1 will feature several reputation improvements for alts. New hotfixes for the live version of Legion are inbound as well.

On the official Blizzard World of Warcraft forums, community manager Ornyx announced that some changes will be made in Legion patch 7.1 to help with reputation requirements for alt characters.

Reputation will not be made account-wide, no, but we will be easing a couple of linked features with 7.1.

First, Court of Stars and The Arcway will now unlock account-wide once each individual dungeon is completed once on an account.

Second, World Quests will no longer have the "friendly" reputation unlock requirement for secondary/alt characters. Once you hit 110 on an alt, you will immediately receive a quest to speak with Khadgar to receive your Flight Master's Whistle and unlock World Quests, as long as you've already unlocked World Quests on your main.

World of Warcraft Legion patch 7.1 “Return to Karazhan”, is currently live on the PTR.

Blizzard also announced a new branch of hotfixes (October 5th) for Legion. As always, some of the fixes will take effect immediately, while others require a scheduled realm restart (weekly maintenance):

Moonkin Aura can no longer stack on targets.

Spirit Link Totem should no longer be damaged by Druids’ Rage of the Sleeper or Brambles.

(Protection) Fixed a bug where Vengeance could cause Ignore Pain to consume less Rage than intended, but absorb for more.

The cooldown for all Class Hall abilities which allow you to instantly complete a World Quest has been reduced from 3 days to 18 hours, and the time taken to complete the work order for the item used by these abilities has been reduced to 10 minutes.

Fixed an issue that sometimes hid the barrier blocking the Feralas Portal in the Emerald Dreamway for Druids who have previously sealed it.

Priest dungeon quests from missions will now be turned in to Moira Thaurissan, rather than Alonus Faol, who sometimes has other things to do.

Forgotten Spirits will no longer respawn in The Arcway.

Timeless Wraiths will no longer attack players before they've been Banished In Time.

When Olmyr the Enlightened or Solsten are engaged, the door to Hyrja's room will shut while they are in combat.

Fury of Elune can no longer be cast during Arena and Battleground preparation.

Shadowy Duel now prevents you from assaulting bases in Domination battlegrounds such as Arathi Basin.

Fury of Air can no longer be cast during Arena and Battleground preparation.

High-level players should now be eligible for the "Trial of Faith" scenario during the Garrison Campaign.

In the Withered Army Training scenario, it should be less likely for Leystalker Dro to be hiding somewhere that he wouldn't normally be encountered by clearing the room.

Enigmatic puzzles should no longer become non-responsive when a large number of players try to do the same Enigmatic World Quest puzzle.

If you’re interested in previous hotfixes, check out this post right here. World of Warcraft Legion is available now for PC.