It's one of those science fiction fantasies dream come true: Look at any sign written in some other language and voila! It's instantly translated. An iPhone app called Word Lens is out that interprets words it sees on signs while cleverly attempting to maintain the original look of the sign. It uses Optical Character Recognition technology to execute something which might as well be magic. This is what the future, literally, looks like. But like most language-to-language software, at this point it's mostly good for hilarious mistranslations. 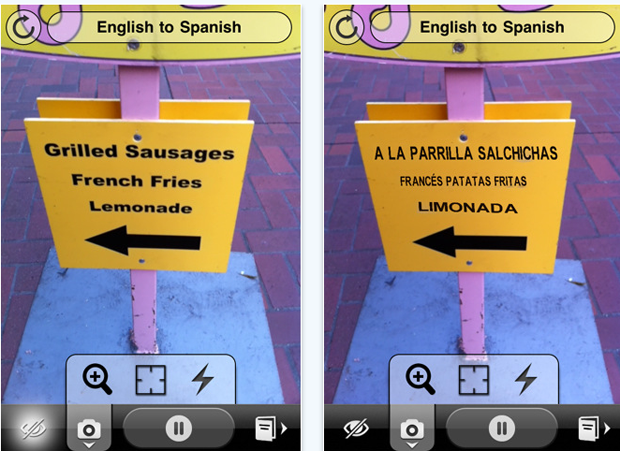 The app itself is free for download, but the language module will cost you $4.99, and at the moment only two modes are supported: English to Spanish and Spanish to English. (Japanese, Chinese, thai and even hindi, as they are one of the hardest signs for travelers to understand, for a while you may say. Founder Otavio Good, had this to say:

“It tries to find out what the letters are and then looks in the dictionary. Then it draws the words back on the screen in translation. Likely we'd be going for French next, followed by Italian and Portuguese. The translation isn’t perfect, but it gets the point across.”