Razer is known throughout the world for it's smart design and high performing products - particularly in the gaming end. The company was also looking to revolutionize the way gaming PCs are build. To do this, Razer introduced their Project Christine concept design this January, and boy did it look impressive. Project Christine was to be completely modular which meant that all of the components in it could be easily installed, moved and replaced. All the components in the Razer Christine were to be installed in a central rack, complete with the rig being covered with cooling tubes and green LEDs all over. This meant that all the components in the Razer Christine would be liquid cooled and the design was also to feature noise cancellation features to enable effortless overclocking. Sadly, the design was only a concept with further development expected to take place. And even more sadly, Razer seems to have run into some hurdles regarding Christine development. 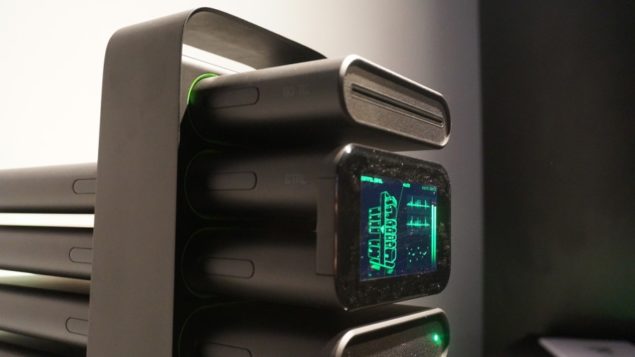 When Christine was announced, it was expected to be a difficult slope to climb, with development challenges. This is because Razer has to get partner support in order to get work done on the Christine. Razer CEO Min Lian Tan has spoken about the Christine in an interview. According to what we were able to gather from Mr. Tan's words, the Razer Christine should not be expected to hit the markets soon. Speaking on the OEM issue, Mr. Tan said: "The challenge is that it's not something we'd like to undertake alone," Tan said. "We've had conversationis with OEMs. It's not entirely promising right now because OEMs are excited about pushing products and not really innovating on that front." This sheds light on the fact that manufacturers are interested more towards earning revenue and clearing out their inventories rather than focusing towards changing consumer demands. Mr. Tan also highlighted the issue previously in March.

However, Christine should not be completely struck off the books. Mr. Tan also commented on talks and negotiations being underway with OEMs and said: "We've had good conversations," he offered. "We'll have announcements through the end of the year. We're hoping to get two to three OEM partners on board." To be fair, Project Christine in itself had ambitious aims, so its only natural that delays are taking place. All we can do now is hope that talks with OEMs are successful and that Razer has some good news for us by the end of the year. In addition, the longer it takes, the more better end product can be expected. Razer hasn't disappointed with its products and lets hope that same will be the case with Christine.