Despite the fact that the software giant Microsoft has been struggling to gain some traction going as far as market share of its Windows 10 Mobile variant is concerned, it appears that the company’s efforts to make the platform better has actually rewarded it greatly, as you will see in the statistical details.

According to a source of information, Windows 10 Mobile does not seem to be doing all that bad and despite being in its nascent stage, the platform has managed to secure its one millionth user. However, these statistics do not necessarily have to mean that people are using Windows 10 Mobile powered handsets as their daily driver because it could very well mean that there could be several beta testers out there in the open. However, compared to the tally of 200 million users that are engaged in using the desktop version of Windows 10, that figure is certainly a small drop in a very large ocean.

Coming to additional statistical data, StatCounter shows that Windows 7 still reigns supreme over the rest of the pack, and Windows 10 still lies behind even Windows 8.1, which was considered as an abysmal failure of an operating system. As for Windows Mobile, the platform still has to gain significant levels of popularity, but as more and more updates will be available to users who are currently not in possession of a Lumia 950 XL or a Lumia 950, we should see that market share percentage increase overtime. 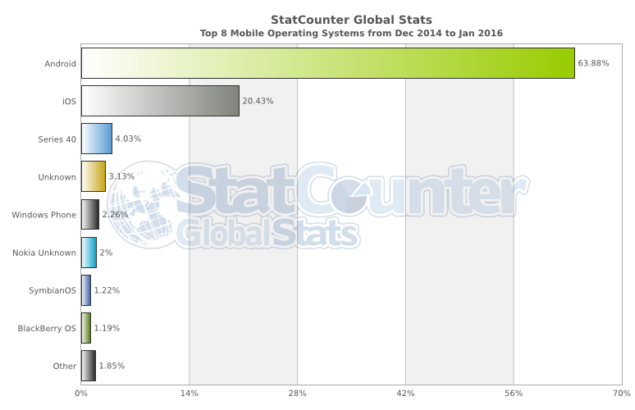 For now, Satya Nadella should really think about bringing in a whole phalanx of app developers otherwise Windows 10 Mobile would suffer this year as well. What do you think Microsoft’s app development strategy should be in order to increase its market share drastically? We realize that the company should put a brake on its pricing, but what else do you think should be done? Let us know your thoughts. 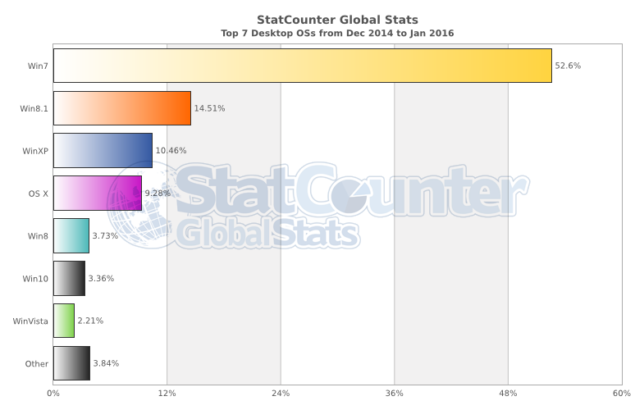