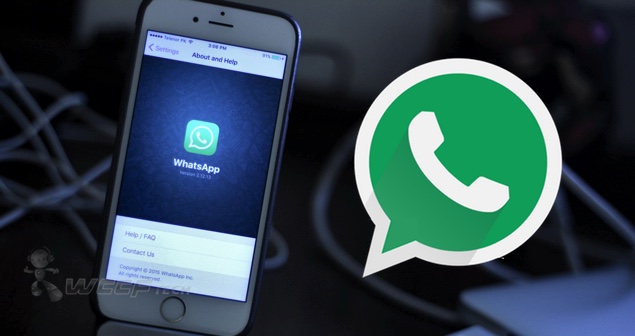 WhatsApp is keen on bringing new features to the table. Some times responding to requests, other times adding features out of the blue. Undoubtedly, it has been quite a year for internet messaging service. However, it seems the company is yet not done with surprises. Now, the company seems to be adding the ability to edit sent messages and even revoke them. Let's see some more details on the new features which could be part of platform.

WhatsApp Will Allow You To Edit And Revoke Sent Messages Soon

WhatsApp added the ability to send files, GIF support, end-to-end encryption recently which are really handy when it comes to day to day communication. In addition to this, the messaging app also launched video calling to be on par with its competitors like Viber. So what other features are said to be coming to the internet messaging giant?

According to @WABetainfo, WhatsApp will soon allow users to edit sent messages. As noted, the feature is already available in the beta build of WhatsApp for iOS client. If that's so, most likely the feature will land on the stable version of the client in a short while.

Apart from allowing users to edit sent messages, another feature which is expected to arrive is the ability to revoke sent messages. This includes text messages as well as those with some sort of media content, according to WABetainfo. Since the feature is still in its beta phase, it is possible that the company will make further changes in it before rolling it out to the general public.

WhatsApp added in beta the possibility to edit messages that you already sent!
It is actually disabled by default and it's under development

Furthermore, other features to be added in the app includes the ability to delete status messages and comment on others status messages along with much more. All of the above mentioned features are in its beta phase and possibly WhatsApp will release it by the end of the year or early next year.

It's good to see that WhatsApp is improving the messaging experience for users. There are a lot of internet messaging apps on the market which includes Google's Allo. Even though Google's app is a neat addition, a lot of users have resisted to shift from WhatsApp. We will see how the upcoming features will be adopted by users.