We are starting an experimental weekly series where we handpick a select few posts from the past week and aggregate them into one post. We will list not less than 5 and not more than 7 posts in this weekly roundup of our news. Each post will be given a brief summary which will not exceed 5 lines. So without further ado, our weekly short: 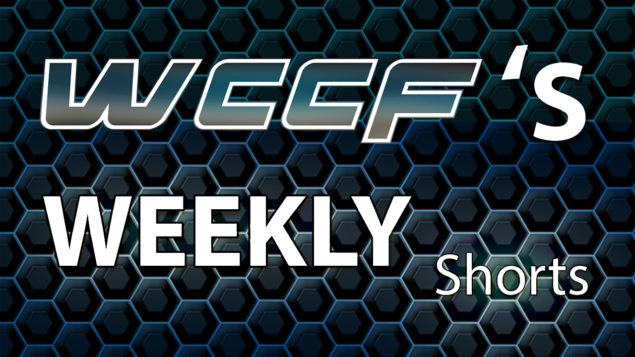 Android L is one the biggest releases in Android history mostly for two primary reasons. Reason number uno being that it fully supports 64 bit memory addressing, which as you can guess is a pretty big deal. The second feature is that the ART runtime becomes a default, replacing the Dalvik runtime. Where apps were once compiled when opened (Just in Time Compiler) now they will be pre-compiled (Ahead of Time Compiler) and open insanely fast resulting in a much smoother GUI experience. Read More about Android L's Release.

This is one of the more interesting paradigm shifts in the Industry,  since Russia (or rather Vladmir Putin) has decided that Intel and AMD x86 processors are too unsafe to be used in Russia for fear of a low level backdoor. The solution? a homegrown Prussian processor based on the ARM architecture. Read More about Baikal Processors.

Though AMD requested Intel to wait till their Public Release this year, this action is actually quite significant. It shows that Mantle API is not insignificant thanks to the arrival of DirectX 12. In fact it is just the opposite, Intel realized that true Mantle API integration on their iGPUs would have resulted in a gain in both the Marketing and Performance departments. Needless to say, if the biggest chip giant is taking Mantle seriously, devs are too. Read more about Intel's request for Mantle API.

AMD's FX Series is the series that fans swear by, so it is no wonder that the comeback of one of the most loved series was met with such response. Targeted as a direct counter to the Devil's Canyon 5Ghz claims, the FX-9590 ships with an AIO cooler and will be factory clocked at 5Ghz. The Piledriver processor is based on the 32nm node and will be priced at $360. Read more about the FX9590 Relaunch.

These simulated benchmarks came from the same person that revealed the existence of the Hawaii XTX core in the first place, namely DG Lee. He used his own algorithims to calculate the performance of the speculated R9 295X and revealed some very surprising numbers. He went on to calculate the performance of the same with HBM as well, which revealed some brilliant results. See the detailed Simulated Benchmark for the Hawaii XTX.

This was a very recent leak and contained just about everything there is to know about Skylake and its variants. From eDRAM distribution to the S, U, Y and H variants, to TDP, its all there. This one contains too much information to summarize in 3 lines o you will just have to see it for yourself. Read More about the Skylake Leak.