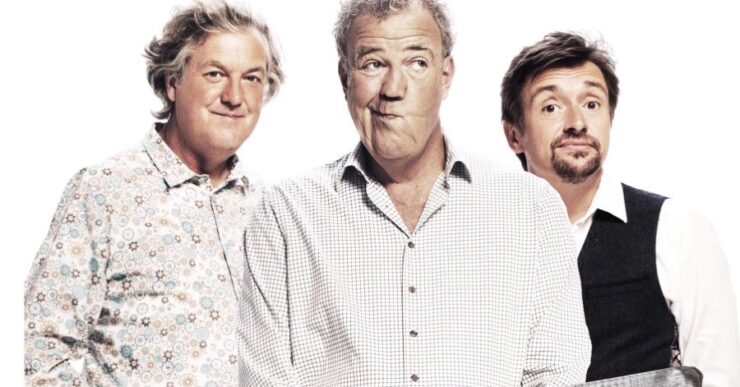 Waze for iOS and Android has been updated, and now features navigation voiced by The Grand Tour's Jeremy Clarkson, Richard Hammond and James May.

The Navigation Voices Are Part of The Grand Tour's Promotion, Will Expire in February

After being hit with a bit of backlash from public as the original hosts were dropped from the show, Top Gear didn't quite get the traction it was hoping for in the first place. The three main faces from the show - Jeremy Clarkson, Richard Hammond and James May - found a new home in Amazon's The Grand Tour which saw its premier just a while back, and instantly, the show was a hit. Despite that, the marketing for The Grand Tour isn't going to slow down at all. Things are being taken to the next level today as Waze for iOS and Android received an update. But what does Waze has to do with all this? As a part of its marketing ploy, Google has added the voices of Clarkson, Hammond and May in Waze for voice navigation.

It’s time to give your commute a hilarious jump-start: your favorite Top Gear dudes—Clarkson, Hammond and May—are your newest celebrity navigation guides in the  Waze app! What could go wrong?

Since this is a part of a marketing tactic, therefore the voices aren't going to last forever in the app. Everything will go away on February 2017, giving the avid fan an ample amount of time to enjoy navigation voiced by their favorite idols.

If you have the latest version of Waze installed on your iPhone, iPad or Android devices then getting the voices in place is easy. Simply jump over to Waze's settings and select Voice Language. Once here, download the English (US) – Clarkson, Hammond, and May voice pack.

If you haven't downloaded Waze on your iPhone, iPad or Android device just yet, you'll be pleased to learn the app is absolutely free to download and use. Simply tap on the links below to get started.

There are many navigation apps available for both iOS and Android but nothing comes close to what is being offered by Waze. it's highly reliable and many users make do with it on a daily basis. There's a chance you'll fall in love with it too. After all, what can be more reliable than a Google powered app, right?