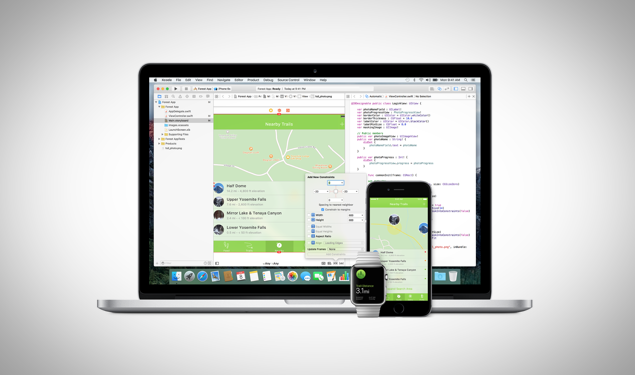 It seems as though Apple has developed a habit to stay ahead of the game when it comes to software, by issuing pre-release builds to developers on a regular basis, ensuring things are running as smoothly as possible. Keeping that in mind, Apple saw it fit to release watchOS 2.2 beta 2, tvOS 9.2 beta 2 and the second beta build of OS X 10.11.4 El Capitan to developers.

watchOS 2.2 beta 2 brings with it an enhanced Maps app with Nearby feature, allowing you to quickly go through points of interest without much trouble. If you happen to have the first beta installed on your Apple Watch already, then simply launch the Watch app on your iPhone, navigate to General > Software Update to grab the second pre-release build. Lastly, watchOS 2.2 brings with it the functionality to pair multiple Apple Watch devices to a single iPhone. This, of course, requires you to have iOS 9.3 installed on your smartphone as well.

tvOS 9.2 beta 2 brings with it a Podcasts app (finally) as well as the ability to pair Bluetooth keyboards with the Apple TV 4. If you have the first beta of tvOS 9.2 installed onto your Apple TV 4, then simply navigate to the Settings app to grab the latest update.

Lastly, OS X 10.11.4 El Capitan beta 2 is also available to download for Mac users who are enrolled in the Apple Developer Program. Simply launch the Mac App Store, click on the 'Updates' tab to grab the latest pre-release build.

All of the above mentioned pre-release software is available to download to those that are enrolled in the Apple Developer Program, which costs $99, which is a one-off annual fee, granting you access to pre-release software to test out on your devices. We highly recommend that you opt for a membership, especially if you happen to consider yourself an Apple veteran.

Keep in mind that watchOS 2.2 and tvOS 9.2 betas aren't available to download for the general public, like how iOS 9.3 beta is. Be sure that you're vary of this fact before preparing yourself for downloading the beta bits. You don't want to end up with a frown on your face do you? Of course not.

Lastly, we highly recommend that you install beta software on devices that are not your daily drivers, as pre-release software can be ultra edgy in places where you least expect them to be.

You've been warned! And get downloading!