The Internet has a treasure trove of videos of devices being put through their paces in a wide variety of ways, with many clips showing how a smartphone or tablet meets its demise after failing to keep up with the obstacles they're being put through. Case in point, we have come across a new video online that shows what happens to an iPhone 6s crushed using a dirt bike's chain. 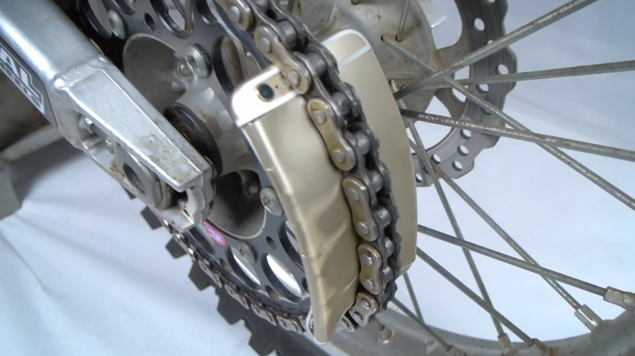 The dirt bike in question, for those who are interested, is a Kawasaki KX450, and it without a doubt a powerful bike in its own right. Add an iPhone 6s into the equation and you get a machine that wreaks total mayhem.

Take a look below and see for yourself what a KX450 does to an iPhone 6s.

If you didn't watch the above embedded video then here's the long story short: do not pass an iPhone 6s through a Kawasaki KX450's chain. Just don't do it. Your iPhone 6s will instantly turned into paperweight, and you never know that you might even end up damaging your bike in the process as well.

Although the above video shows off what can only be described as a worst case, self-induced, scenario for the iPhone 6s, but it's still a good idea to put a case around your device regardless of the situation you're in. A small little investment to protect your device from dings and scratches can go a long way in a lot of different scenarios.

There are countless stories floating online that show how much precious a simple case can be when it comes to protection. For instance, it was just a while back when we brought our readers the news how an iPhone 6 Plus sank to the bottom of the ocean, found after a month, and still managed to work without any problem.

The moral of the story is a rather simple one - get your case game up if you're afraid that you might end up dropping your smartphone or tablet somewhere during everyday usage. If you're an iPhone user, then we highly recommend going for the official leather or silicon case by Apple itself. While they're pricey compared to numerous options available on sites like Amazon, but still, they get the job done in a rather luxurious fashion.

Do you have a case wrapped around your iPhone?