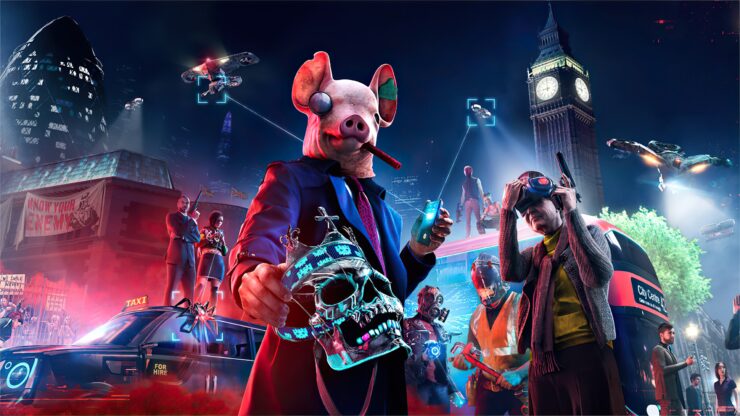 A new video analysis shared by Digital Foundry confirms that the latest entry in the open-world series by Ubisoft runs pretty much the same on PlayStation 5 and Xbox Series X, featuring the same visual settings.

But to address the most burning question, I can confirm right away that Xbox Series X and PlayStation 5 do indeed run with practically identical visual settings - an almost complete match for the details locked away in the PC version's configuration files (which don't just include PC settings, but every single version). This is most readily evident in side-by-side ray tracing comparisons - the RT effect is identical, but crucially, the cut-off for objects not in the reflection is also the same, meaning matched fidelity in the effect itself, but also identical compromises and optimizations.

The only real visual differences are puddles missing reflections on PlayStation 5 and Xbox consoles delivering a slightly lower level of texture filtering. These seem to be caused by bugs, as there is nothing in the config files that suggest all this to be intentional.

There seems to be a bug on Xbox Series platforms here as for some reason. Series X delivers a slightly lower level of texture filtering than its PS5 equivalent. Again, checking the 'reference' config files stashed within the PC version, Series X and PS5 should be using the same ultra quality setting, while Series S explicitly gets a cut-back rendition of the effect. Beyond that, any differences between the premium consoles are thin on the ground - literally. I noticed that puddles are missing in RT reflections on PS5, but not on Xbox consoles, likely another inconsistency rather than intended behaviour.

On Xbox Series S, Watch Dogs Legion has the same settings for ray traced reflections, running at checkerboard 1080p instead of dynamic 4K as the rest of the presentation.

Series S also has the same settings for its ray traced reflections, but with one crucial difference. The premium consoles target a dynamic 4K rendering resolution for the majority of the presentation, but reflections run at checkerboarded 1080p instead. For Series S with its much lower 1080p target pixel-count, RT reflection resolution drops in step - reflections here are rendered internally at 720p instead, with the same reconstruction technique.

Performance is also identical on all three systems. Watch Dogs Legion runs at steady 30 FPS on all new consoles, which is an improvement over the uneven performance of the game on PlayStation 4 and Xbox One.

Everything runs at 30fps on all three systems, with none of the varying levels of slowdown found on the last-gen machines - uninteresting for frame-rate graphs but great for the players. I suspect we were limited on both CPU and GPU sides on the last-gen platforms, but the new hardware just powers through, with the DRS system taking care of any potential graphics bottleneck.