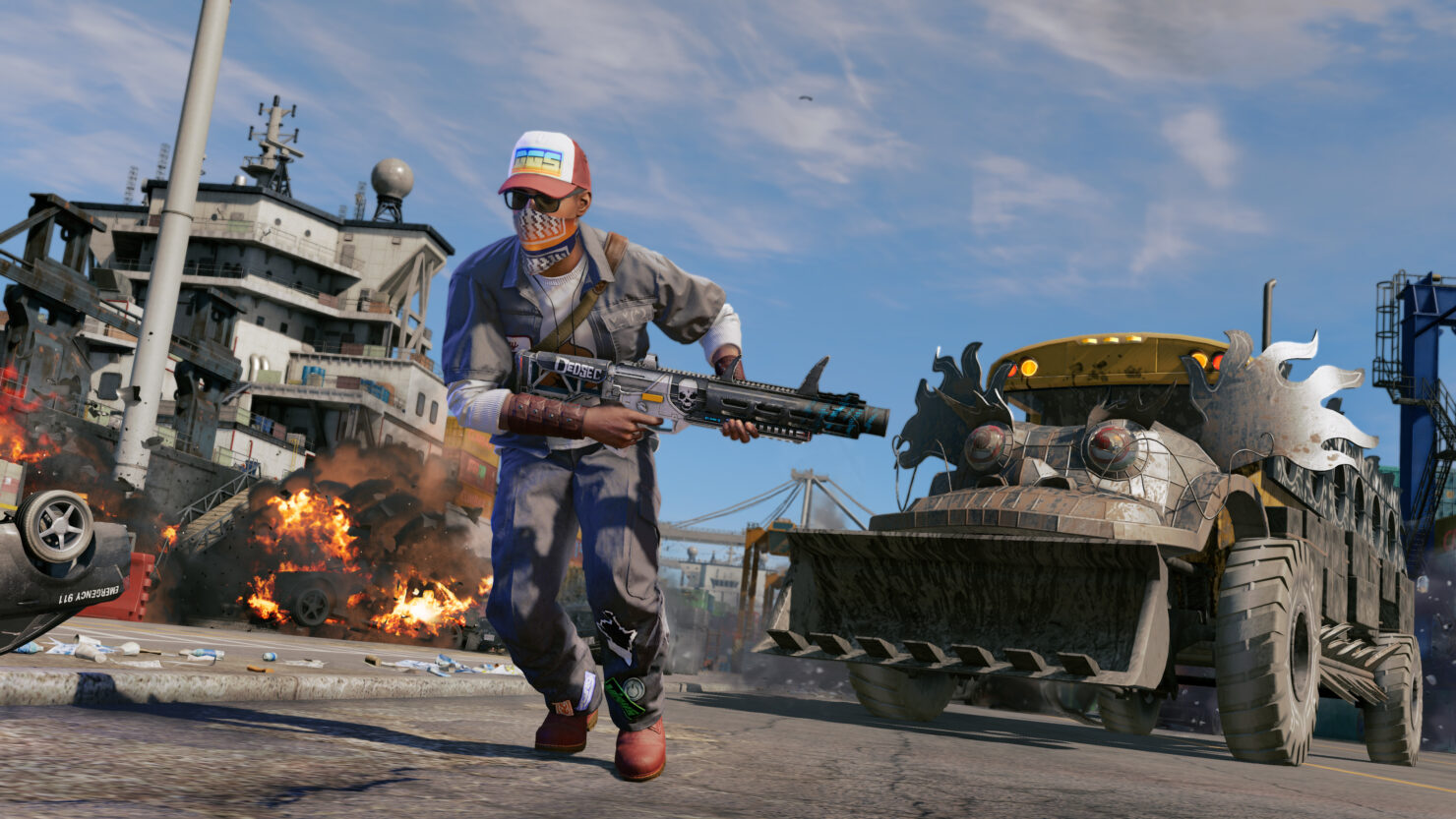 Time to introduce yourself to the Bertha. Check out everything that comes in the Watch Dogs 2 T-Bone DLC pack. Everyone's favorite hacker, Raymond T-Bone Kenney, needs a hand. It turns out that T-Bone 'misplaced' his super modified school bus, Bertha, and you need to retrieve her for him. It shouldn't be too much of a problem considering Bertha has got a giant bulldozer blade mounted in front that should make short work of any barricade you may run into. The DLC even includes a new outfit with T-Bone's signature look.

The new enemy type, Grenadiers, will try to blast you out of cover with their rocket launchers. The new diffusivity for co-op missions, Mayhem, should offer a challenging experience especially since respawning is turned off and enemies will be tougher to kill.

Last week, Watch Dogs 2 released the 1.08 update which added a bunch of new tweaks, and the ability to replay missions.

For the next few weeks, Watch Dogs 2 will be running an in-game T-Bone Chaos event that introduces new challenges to PlayStation 4 owners.

Completing the challenges will earn you a T-Bone-themed car and messenger game for use in-game. The good news is that anyone on any platform can partake in these challenges regardless if you own the T-Bone DLC or not.

This pack is available now for Watch Dogs 2, only on PlayStation 4 for the time being. PC and Xbox One users will have to wait until January 24th, 2017, due to Ubisoft's deal with Sony. The DLC is included in the Season Pass or can be purchased separately.

Watch Dogs 2 didn't have stellar sales upon launch, but it was well received by the critics. Rosh gave it a 9/10 in Wccftech's review, with the following summary:

This is an open world game that like Saints Row, has come out from under Grand Theft Auto’s shadow and exists on its own. With amazing mechanics, inspired characters and some genuinely thought provoking missions, Watch_Dogs 2 should be on the Christmas list of any player that wants to fight back.

The game is a textbook example of a great sequel. It takes what was so much fun from the first game, expands it and cuts away most of what the players didn't enjoy.