Swedish developer Fatshark has shared the first out of five scheduled action reels for its classes in Warhammer: End Times - Vermintide. 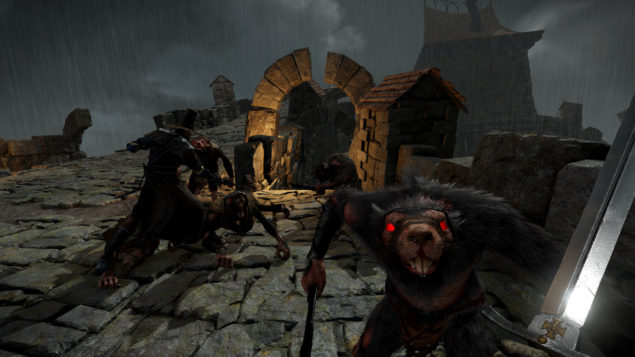 This time around, you'll be able to get a glimpse of the Witch Hunter, Victor Saltzpyre, described by the studio as a lethal and deadly marksman with melee skills to match; you can read a lot more about him on the official website.

Warhammer: End Times - Vermintide is a cooperative first person action title based in the Warhammer fantasy universe. It's admittedly inspired by Left 4 Dead - players will be able to select one out of five heroes to cut down Skaven, which are sieging the city of Ubersreik with their unending hordes.

With Fatshark involved (the studio has released War of the Roses and War of the Vikings, in case you didn't know), we can expect melee combat to be especially satisfying. Warhammer: End Times - Vermintide is scheduled for a Q4 2015 launch on PC, PlayStation 4 and Xbox One; the fourth closed beta event is currently under way, but there will be an Open Beta phase eventually where everyone will be able to try the game without worrying about any NDA.

Are you excited about this game? Tell us below!

Sekiro: Shadows Die Twice Can Be Played in First Person Thanks to This PC Mod