Fatshark just confirmed in a press release that Warhammer: End Times - Vermintide will be available on October 23 for PC, while console users will have to wait Q1 2016 to get the game on PlayStation 4 and Xbox One. 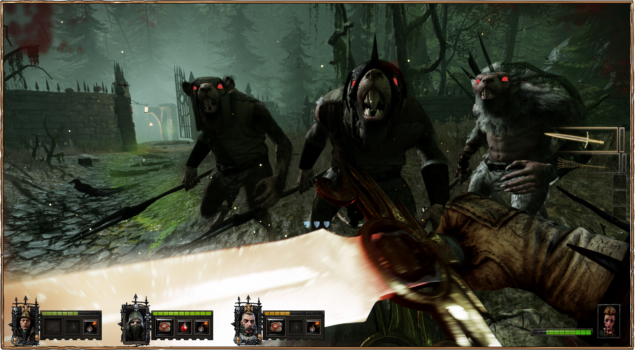 We're really happy to announce to all fans of cooperative action titles that in October, they will be able to join the heroes of Ubersreik and repel the Skaven invasion. This is our most ambitious game and a project in which our entire team poured all of its passion. We can't wait to share our work with all the gamers and receive their feedback on Vermintide!

Warhammer: End Times - Vermintide is currently in closed beta. You can check out some live gameplay starting from next Monday, when we'll be able to stream our sessions on the YouTube channel; there will also be some open beta events closer to launch.