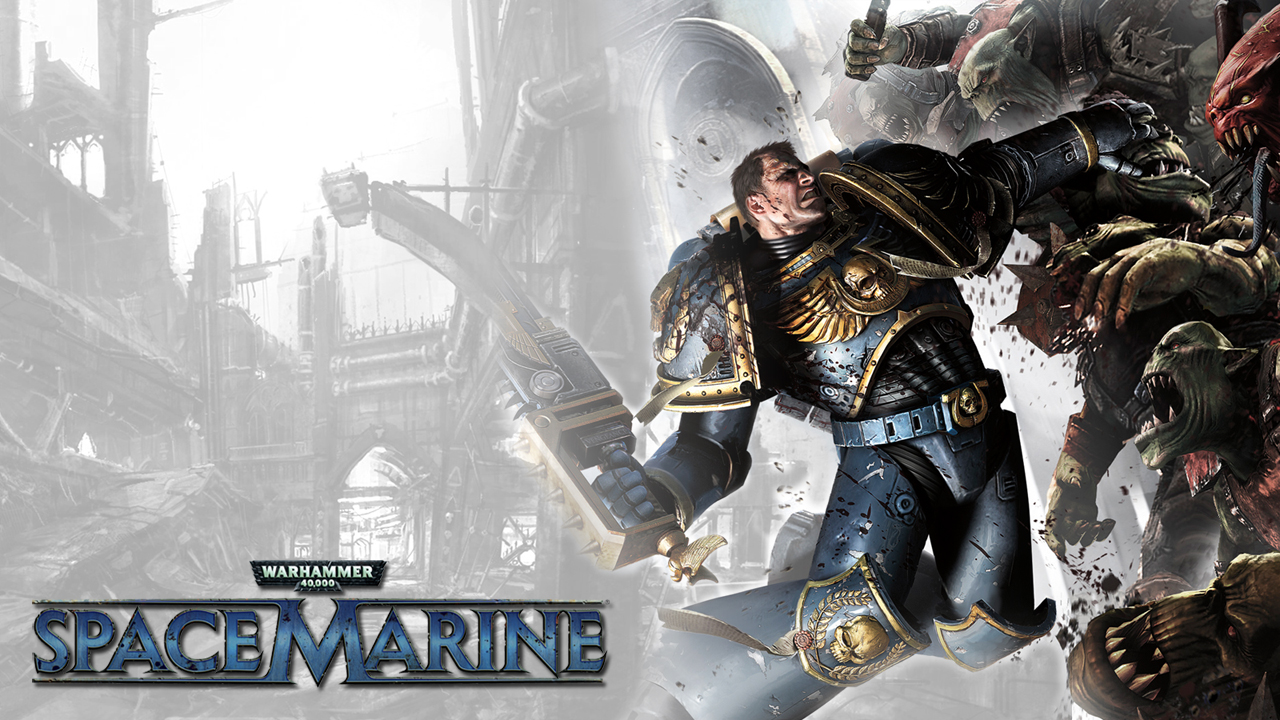 Space Marine is a third person shooter and was originally released in 2011 by the generally top-tier strategy developers, Relic. Published by THQ (the original ones) before they went under, it was well received, just not successful enough to have seen a sequel. It was a good game, that much is certain, holding a 91% positive rating from nearly 5,000 reviews on the Steam storefront.

This giveaway is available for another 1 day, 9 hours and 45 minutes at the time of writing, ending on September 1st, 10 AM PT. Grab it while you can.

Here's the official description of the game, before you decide to (is it classed as buying when it's free?) download it.

In Warhammer® 40,000® Space Marine® you are Captain Titus, a Space Marine of the Ultramarines chapter and a seasoned veteran of countless battles.
A millions-strong Ork horde has invaded an Imperial Forge World, one of the planet-sized factories where the war machines for humanity’s never ending battle for survival are created. Losing this planet is not an option and be aware of the far more evil threat lurking large in the shadows of this world.

As always, enjoy the free game and don't forget to look through some other great, albeit not free, deals on in the Humble Store Summer Sale.