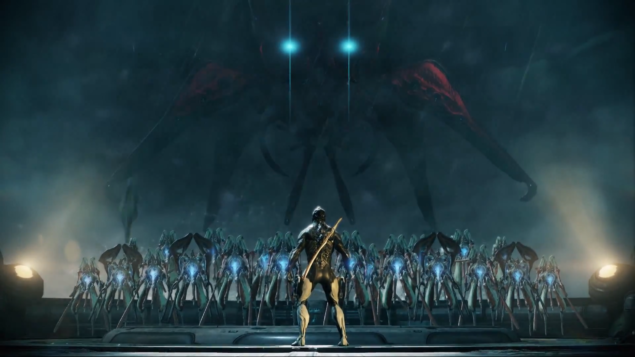 With the official launch of Steam Hardware on November 10, PC players now have the ability to expand their Steam gaming experience to any room in the home. And with that, Warframe players - better known as Tenno - devoted to gaming on the PC can now enjoy being a space ninja while playing from the comfort of their couch with the Steam Controller's dual track pads, dual-stage triggers, and customizable configurations. As with any first release, the Warframe developer, known for its Community-driven development, will be fine tuning the Steam Controller with additional tweaks and adjustments in subsequent updates as feedback comes in from the vast Community.

That's not everything, though, as PC players of Warframe will also get user-made content via Steam Workshop soon.

On separate but related and equally exciting news, Warframe Steam players will enjoy the first round of user-made content aptly named, TennoGen to be released in the Steam Workshop later this month. Steam Workshop allows content creators to earn money from their in-game creations for their favorite games. Digital Extremes began taking submissions in late October from its incredibly talented player pool for a variety of in-game skins and cosmetics. The first round of submissions have been reviewed and Digital Extremes has decided on the first content to be released. Digital Extremes is excited to continue reviewing submissions for many more rounds of content to be considered. Revenue share for creators in Steam Workshop is typically 25% but Warframe is setting the bar higher for its creators at 30%.

For those who missed the first round, Digital Extremes has partnered with top 3D art site, Polycount, to host a month long contest running now through December 1, 2015. Polycount is best known as a community of artists who specialize in creating 3D art for videogames. Skilled content creators may choose from a variety of weapon model swaps and alt helmet skins open for TennoGen design submissions. Winning designs for this contest will not only be featured in-game and receive 30% revenue share but are guaranteed $500 worth of shared revenue within the first 3 months of the content released on the Workshop.

We're always looking for new and exciting ways to support and encourage players' interests in becoming more involved with Warframe. The quality level of this first round of beautifully created user-generated content from our Community is beyond impressive and is the beginning of what we hope will grow into a thriving resource for both creators and players. TennoGen truly delivers content made by Tenno, for Tenno.

Even if you're not an artist you can participate in the process by voting on the early submissions here. A few years after its original launch, Warframe remains a thriving game on PC, PlayStation 4 and Xbox One - are you still playing it? Tell us below.